Kohta Hansen ’19 doesn’t have to worry about what he’s going to do after he walks across the Florida State Fairgrounds commencement stage on Friday. Not only has he decided to pursue a master’s in criminology at UT, but he landed a job with the U.S. Secret Service. 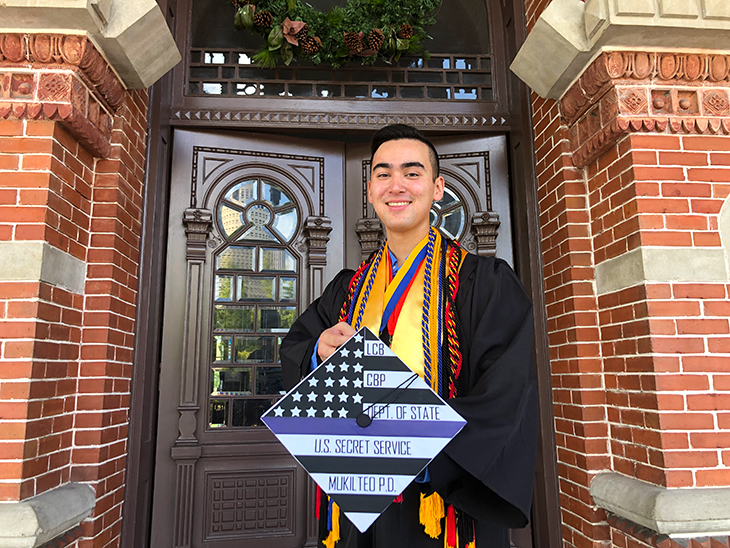 Kohta Hansen ’19, who is graduating with a Bachelor of Science in criminology and criminal justice, has been accepted into the U.S. Secret Service’s Pathways Program.

“It was a lot in the making, but now that I’m in, there’s so many benefits to it,” said Hansen, who has been working part-time in the Tampa field office since September, verifying counterfeit currency. “I get to work on and know things that no one else is able to ever know about and contribute towards not only making the world safer but also Tampa.”

Hansen, a criminology and criminal justice major and leadership minor, was accepted into the Secret Service’s Pathways Program, which accepts students to work full-time or part-time in a local field office for the Secret Service. Accepted students are able to work through to the end of their desired education, whether that be an undergraduate degree or a doctorate, and are then given non-competitive application for a full-time permanent position of the same job which they had been working.

Hansen applied to the program four times before he got an acceptance letter, a persistence he has shown throughout his time at UT. Hansen came to campus as a vocal performance major. After struggling to find a fit with it — and with any other major — he considered transferring.

“I got full rides from top universities, and I stayed here because of the things we had that they didn’t,” said Hansen, noting the most significant as the class sizes and access to professors. He approached those UT professors who were alumni of the schools he was considering transferring to. “I was like, ‘What do I do?’ It was that moment where the investment from the professors and my teachers is why I stayed.”

He switched majors several times, jumping between psychology and business management to economics and finally landing on criminology halfway through his first year. It had always been of interest to him, especially after interning with his local law enforcement agency the summer prior to his freshman year at UT.

Hansen quickly became heavily involved on campus. He worked with Campus Safety as a dispatcher, ticket appeal board member, LASER Team driver and LASER Team director. He also worked as a career assistant and career ambassador for the Office of Career Services, a place that he said made a significant impact on his success at UT.

“For me, I’m only on the path I am now because of Career Services and because I started (utilizing its services) my freshman year. If I didn’t go my first semester, I don’t know if I’d be at UT anymore,” said Hansen.

Outside UT, Hansen, who is from Seattle, WA, has held six internships with agencies such as U.S. Customs and Border Protection in Tampa. He completed an internship with the U.S. Department of State’s embassy in Baku, Azerbaijan. Working remotely from UT, the internship helped Hansen gain a greater understanding of global engagement and international criminology. He has also interned with his home police department several times. 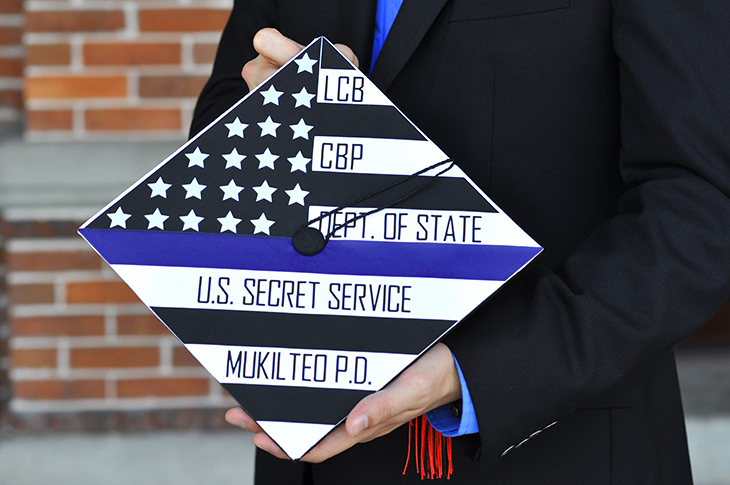 Hansen has held six internships with agencies such as the U.S. Department of State and U.S. Customs and Border Protection.

“Kohta did the hardest part: he fully engaged in his educational experience, experimented and tested several different kinds of career ideas and is the kind of person who constantly wants to learn and grow,” said Rachel Killam, senior assistant director of career exploration in Career Services.

Hansen, who is a Success Scholar and a President’s Leadership Fellow, is also passionate about mentoring others and education. He has worked with 11 classes as a peer mentor in the Baccalaureate Experience  program since Spring 2018, imbuing in him a love of mentoring and education. He begins UT's master's in criminology and criminal justice program in Spring 2020, desires to one day earn a doctorate in criminology and then teach at a university.

However, Hansen isn’t planning to stop there. His dream job is to work for the U.S. Diplomatic Security Service, earn several more degrees and hopefully work for Disney for a few years on its global security team.

“I’m so glad I did not transfer, because I could go to a university and I could get every interview I wanted because of the name of X, Y, Z, but would I have gotten the education and knowledge and the worth?” Hansen said. “I don’t think so.”

Hansen is one of the 675 degree-seeking candidates who will be part of UT’s 149th commencement on Dec. 13 at 1 p.m. at the Florida State Fairgrounds Expo Hall. To view a live webcast of the commencement ceremony, go to www.ut.edu/commencementlive/?terms=streaming. For additional details, check out the commencement news release. 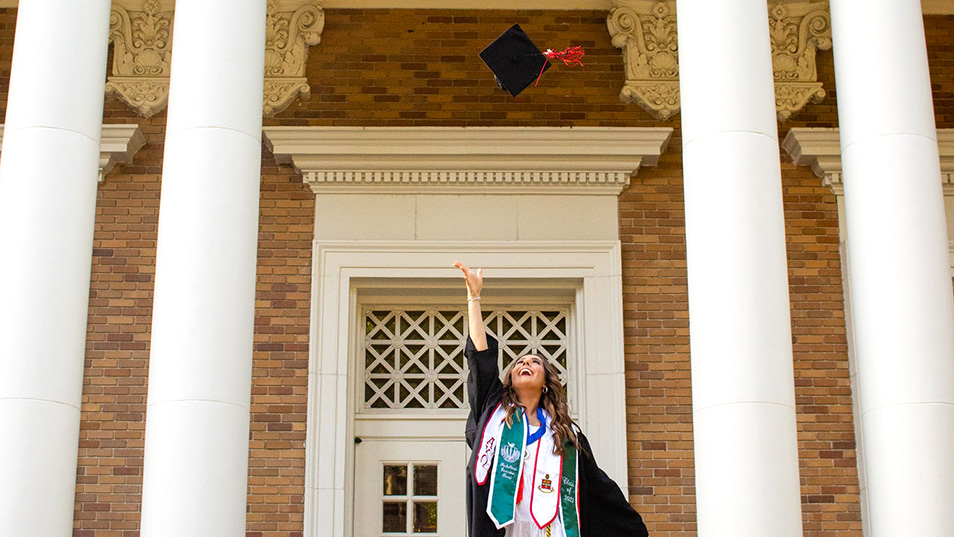