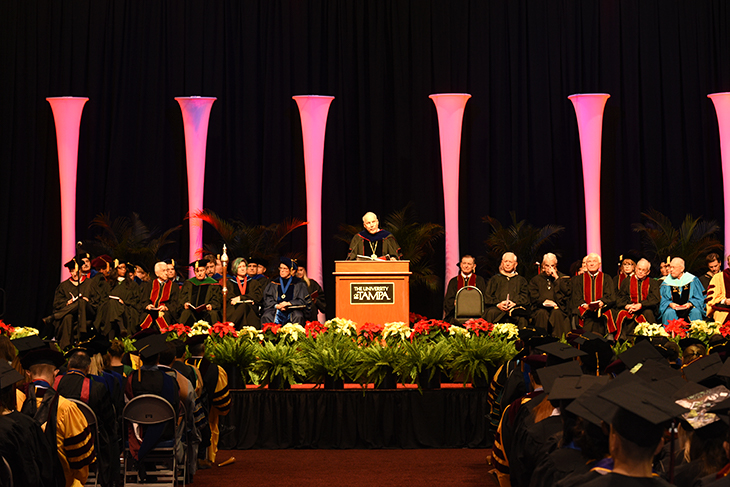 James López, professor of Spanish, is the speaker for the ceremony. He is the recipient of the 2018-2019 Louise Loy Hunter Award, which is given annually by its previous recipients to a UT professor for excellence in teaching and cumulative contributions in service and scholarship.

Stuart Williams '70 is the recipient of the Esse Quam Videri Award, the highest award that can be given to a graduate of The University of Tampa.

The day before commencement, on Thursday, Dec. 12, some colleges and departments will hold hooding ceremonies for their master’s degree candidates:

To view a live webcast of the commencement ceremony, go to www.ut.edu/commencementlive/?terms=streaming.

UT Degree-Seeking Candidates by the Numbers: