When Hayley Kudzmas ’21 heads to the beach, she’ll bring a hat, sunglasses and sunscreen to protect herself. But it hadn’t crossed her mind to consider the bacteria she might be swimming in.

The biology major from Blackwood, NJ, is now well aware. She is working with Bridgette Froeschke, assistant professor of biology, on studying the levels of staphylococcus aureus (a.k.a. “staph”) in the waters of Tampa Bay. 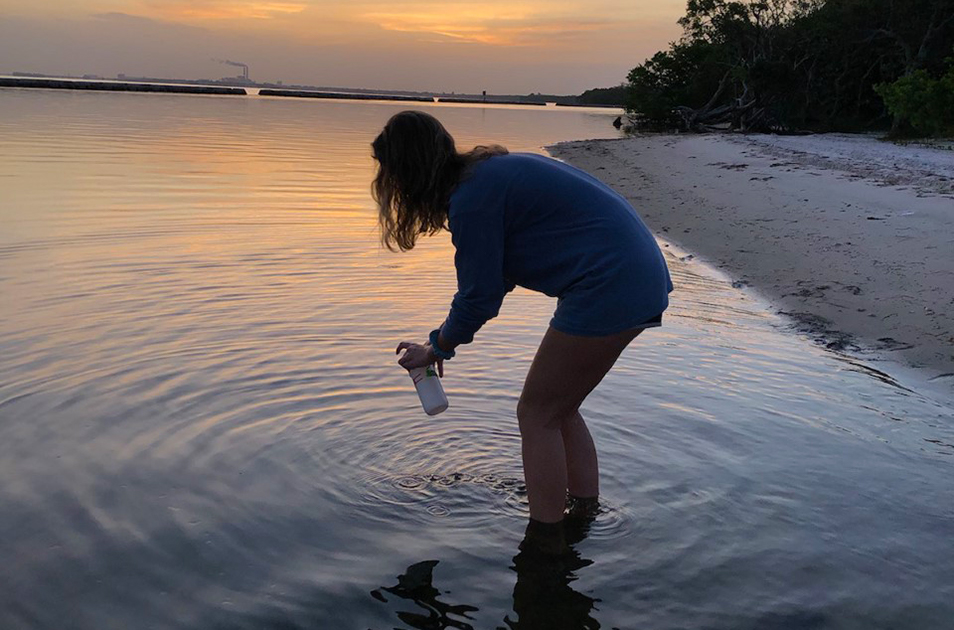 “Staph is on our skin and in our noses, so it’s a better indicator of human pollution in the water,” said Kudzmas. “Usually the waters are monitored for enterococcus and e-coli, [which] can come from animals. Staph is more human-based and is another pathogenic bacteria that nobody really thinks about when it comes to water quality.”

Staphylococcus aureus is a pathogen found on human skin and can cause staph and methicillin-resistant staphylococcus aureus (MRSA) infections in humans. MRSA infections, though typically not life-threatening, are often more difficult to treat because of their resistance to most antibiotics.

Kudzmas and Froeschke have been studying water quality for about a year with a larger research team of UT students, sampling a variety of beaches in Tampa Bay. Froeschke focused on staph to have a better understanding of human-related microorganisms in the water and to start data collection on a species that could be used as a pollution indicator.

As part of their research, Kudzmas and Froeschke utilized a UT Summer Undergraduate Research Fellowship to test water in Gandy Beach this past summer, since the beach isn’t monitored by the Florida Healthy Beaches Program – a program run by the Florida Department of Health to monitor water quality at major beaches across the state.

“Because (Gandy Beach) is not monitored by the Florida Healthy Beaches Program at all, we don’t really know what’s in the water,” said Kudzmas. “And it’s a really popular beach that a lot of people go to: You can drive your car right up to it and people fish and swim and kayak.”

Following the lockdown on local beaches and UT’s campus due to COVID-19, Kudzmas began collecting water samples in late June after getting permission from UT to use on-campus labs and after Gandy Beach reopened to the public. After collecting water samples from the site, she filtered them in the lab and used a growth medium to facilitate the reproduction of bacteria in a petri dish to see if staph would grow. Kudzmas collected samples once a month on Friday before the busy weekends and again the following Monday. This way, she could track the levels between the two days to see if human activity in the water made a difference.

“For the summer, because we only had three sampling events, which in the grand scheme of things isn’t a lot of data, there wasn’t a significant difference in Friday versus Monday,” said Kudzmas. “But what I did find interesting is that I think because of COVID-19 and the beaches being closed, there was a lot less bacteria in June versus July – I wondered if they had like a reset in the waters.” 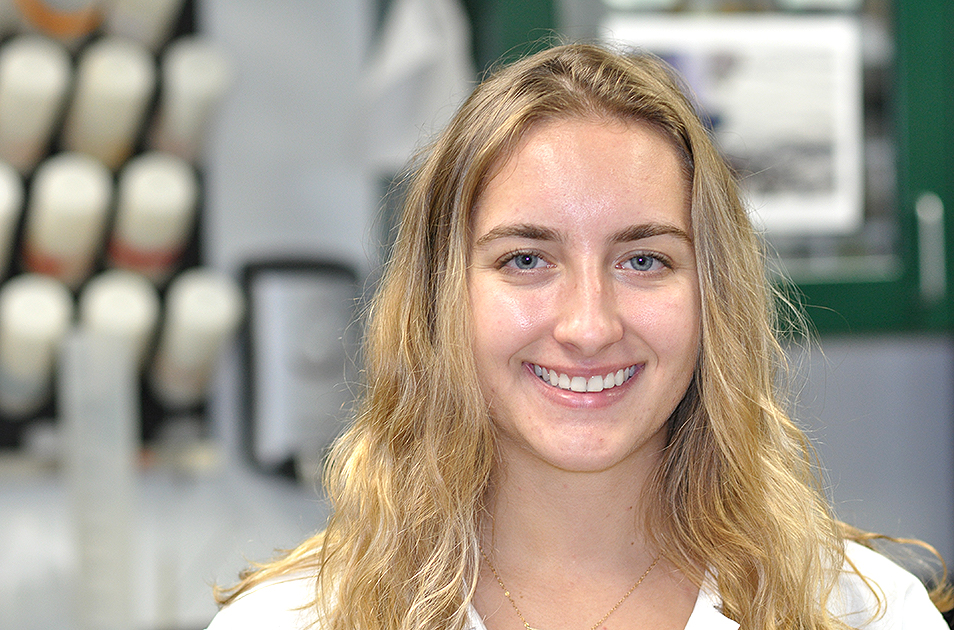 “Being involved in this research makes me feel like I am really doing something good and worthwhile for society because of its potential to really help keep the beaches safe and inform the public about the water quality,” said Hayley Kudzmas ’21.

Last fall, Kudzmas and Froeschke received an Office of Undergraduate Research and Inquiry grant (OURI), which they used to facilitate water sampling at nearby Weedon Island, a location that people typically will boat or kayak compared to actually getting in the water.

Other than Gandy, the sites included in the larger on-going study are monitored by the Florida Healthy Beach Program, so the team is able to compare their numbers of staph with the program’s numbers of enterococcus to see if there’s a correlation between the two. There are thresholds set for enterococcus and bacteria like e-coli to warn when there might be a public health issue when high enough amounts of either are found in the water. However, there is no set standard for staphylococcus, which the team would like to see changed.

“What we do know is that there’s staph in the water, and it is found pretty abundantly; we also know that there’s MRSA in the water,” said Froeschke. “To the extent that [the amount of staph and MRSA found] is an issue for health reasons, on a personal standpoint I would say yes. From a scientific standpoint, we can’t fully make that claim yet.” 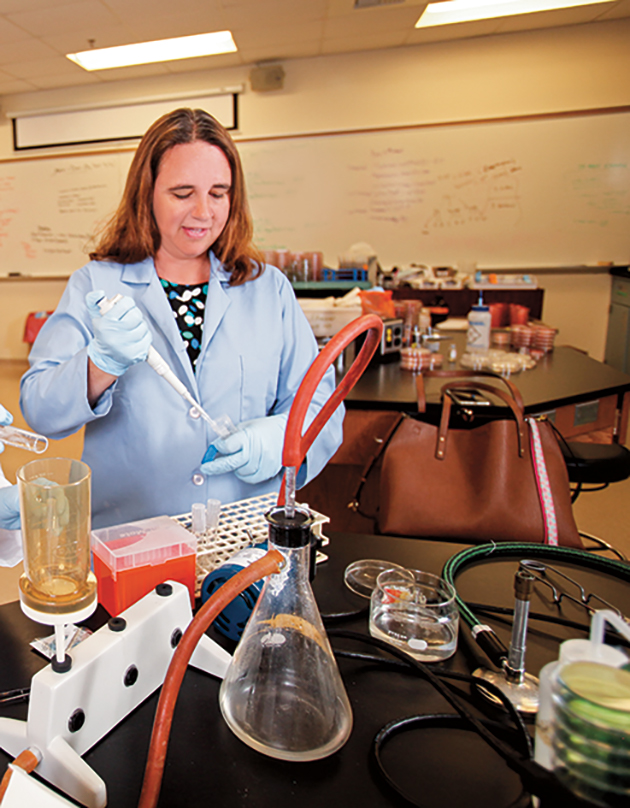 Bridgette Froeschke, assistant professor of biology, said the research aim is to have a better understanding of human-related microorganisms in the water and to start data collection on a species that could be used as a pollution indicator.

When the team concludes their research in the spring, Froeschke says that they’ll work with Tracy Zontek, associate professor of health sciences and human performance, to put together a health risk assessment and determine if the levels of staph and MRSA in the waters are an issue.

Kudzmas said that working on this extensive project and getting experience in a lab has helped her grow in confidence working both on her own and in a team on a real-world project. She aspires to continue research and work in a lab after graduating this coming spring.

“Being involved in this research makes me feel like I am really doing something good and worthwhile for society because of its potential to really help keep the beaches safe and inform the public about the water quality,” said Kudzmas.