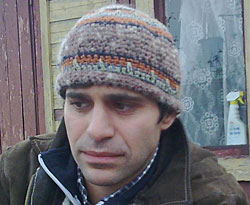 Keith Gessen is a founding editor of the literary magazine n+1 and the author of All the Sad Young Literary Men. Born in Moscow and educated at Harvard, he began his career as a literary critic and journalist for Feed, Dissent, and the Nation, then received an MFA in Creative Writing from Syracuse. In 2004-2005 he worked as the regular book critic for New York magazine and has since then written, mostly about Russia, for the New Yorker, the Atlantic, the New York Review of Books and the London Review of Books. His translation of Svetlana Alexievich's Voices from Chernobyl was published by Dalkey Archive in 2005 and won the National Book Critics Circle Award for Nonfiction. His translation (with Anna Summers) of Ludmilla Petrushevskaya's There Once Lived a Woman Who Tried to Kill Her Neighbor's Baby (Penguin, 2009) was (briefly) a New York Times bestseller and won the World Fantasy Award for Best Collection.

Gessen is also the editor of Diary of a Very Bad Year: Confessions of an Anonymous Hedge Fund Manager (Harper Perennial, 2010), which was named one of the Best Business Books of 2010 by Bloomberg.com, and (with the Occupy Gazette Collective) of Occupy! Scenes from Occupied America (Verso, 2011). Most recently he is the editor and co-translator of Kirill Medvedev's It's No Good, a collection of poetry, essays and manifestos (n+1/Ugly Duckling Presse, 2012). He lives in Brooklyn, NY.