The camels loped along in a single row, head to tail, with 20 UT students undulating as they acclimated to the camels' gait. It was early May, and they were far from Tampa — on another continent, actually — trekking through desert terrain as part of an 11-day college trip.

University of Tampa students went to Morocco as part of a travel course called Speech for Business and the Professions. Photo courtesy of Qasbi Rachid

"It was an experience of a lifetime,” said Sumair Singapuri ’23, a communications and speech studies major.

The group had traveled with three professors as part of a course called Speech for Business and the Professions. It involved initially collaborating virtually on media projects with Moroccan students, who are majoring in hospitality at Universite Mohammed XI Polytechnique, and then meeting them in person and touring their university. The goal was to increase the cross-cultural communication skills for all the students, as well as observe the similarities and differences in business and education models between the two countries.

“All of them could now go to other parts of the world and be more confident in their ability to communicate,” said Kristen Foltz, assistant professor of speech.

The camel trek was just part of the experience for these students, who visited both Universite Mohammed XI Polytechnique and Université Internationale de Rabat, as well as business and cultural sites such as NGO Transparency Maroc, where they learned about the fight to end corruption in Morocco. The group also strolled through the winding medina in the historical section of Rabat, watched street performers and perused the food stalls in Marrakech, admired the ornate tile work inside the Hassan II Mosque in Casablanca and went to an incubator start-up called La Start Up Station, an organization focused on helping new businesses in Morocco and North Africa get started.

“What made this program unique was the cultural immersion and outdoor experiences they had,” Foltz commented.

The students learned how to make traditional cuisine called tagine and Moroccan mint tea in a cooking class, hiked in the Atlas mountains and visited a traditional Berber village.

Singapuri said he enrolled in the class because of the travel component. While he is an international student from India studying abroad in the U.S., he said he took the opportunity to expose himself to another culture to grow his experience as a global communicator. 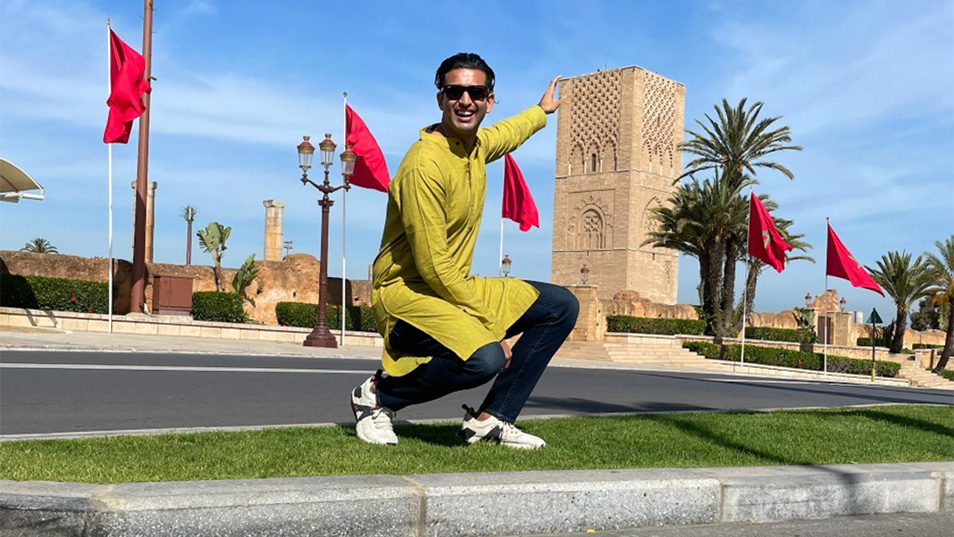 Sumair Singapuri said the trip to Morocco gave him respect for the Moroccan culture, as well as an increased appreciation of his own. Photo courtesy of Sumair Singapuri

He said the trip gave him respect for the Moroccan culture, as well as an increased appreciation of his own.

“I am beyond grateful to know the opportunities UT provides its students,” he said. “I am not sure if I would have had the chance to go to Morocco if not for this travel course via UT.”

Cami Schachtele ’24, a double major in communication and speech studies and advertising and public relations, said Foltz prepared students in class prior to going to Morocco by teaching how to properly give presentations while also learning new things about Morocco. 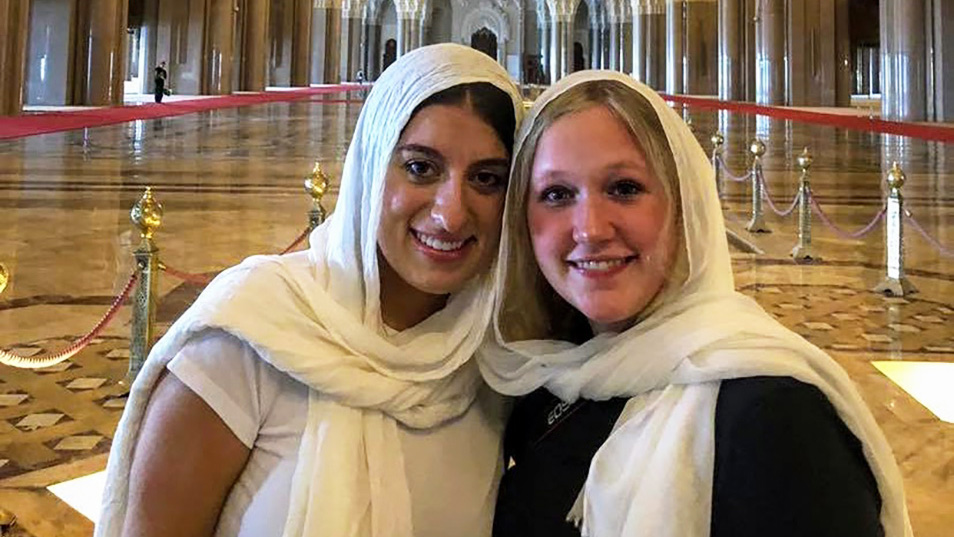 “I went on the trip knowing only one person, and not previously having any classes with the professors,” said Schachtele, pictured above (right). “You can make amazing memories with your group, as long as you are willing to put yourself out there and try new things." Photo courtesy of Kristen Foltz

For students who might be interested in taking a travel course at UT, Schachtele recommends making the most of it.

“I went on the trip knowing only one person, and not previously having any classes with the professors,” she said. “You can make amazing memories with your group, as long as you are willing to put yourself out there and try new things. These are once-in-a-lifetime memories, and I would not trade any of it for the world.”