Film and media arts major Olivia Miranda ’20 wasn’t sure how to produce her senior thesis — a film that would showcase all of the skills she’d learned the last four years — from home and in quarantine. She was frustrated, but reminded herself that the rest of her peers were in the same situation. 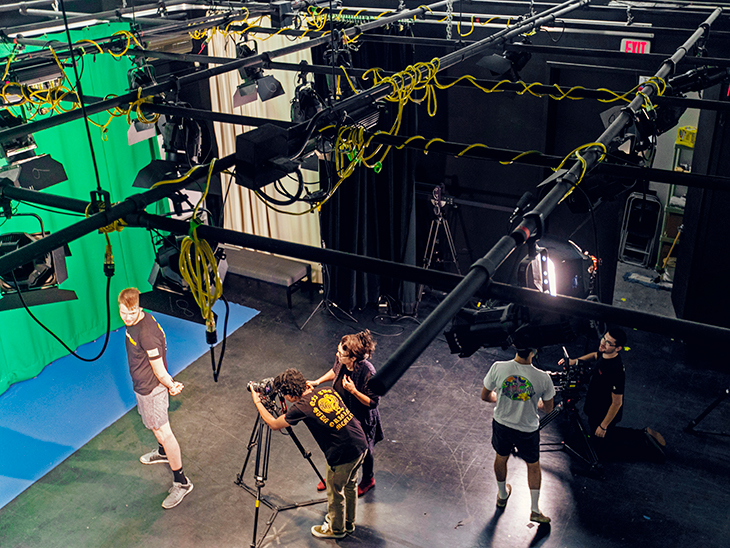 When on campus, students have access to the equipment cage with professional DSLR cameras and camera accessories like tripods, as well as the black box sound stage that provides a full lighting grid and the advanced audio recording suite. Without these resources, the film students had to get creative at home.

“We all persevered and created something we’re proud of,” said Miranda, who learned when it’s time to push through versus when it's time to take a mental break, and how to adapt to changes quickly in a professional way.

Every year the film, animation and new media department hosts the Senior Thesis Showcase to display films of graduating seniors in the Bachelor of Arts and Bachelor of Fine Arts degree programs. Typically, the showcase is held in a screening space on campus, such as Reeves Theater or Falk Theatre. This year the showcase will be streamed on Vimeo at 7 p.m. on May 4, which also opens up the films to the general public.

“The primary point of making a film is the public screening,” said Dana Plays, professor and chair of the film, animation and new media department. “The work really comes alive when it screens to a live audience, and we did not want the students to be deprived of this given these unprecedented circumstances.”

For the showcase films, seniors step into the role of director, writer and producer, coming up with their own film idea and producing it from beginning to end. This year, however, students had to pivot in the middle of their production process when, due to the coronavirus pandemic, they lost access to UT resources such as the equipment cage with professional DSLR cameras and camera accessories like tripods, the black box sound stage that provides a full lighting grid and the advanced audio recording suite, as well as a primary cast of actors in fellow UT students.

“All students were very resourceful while isolated in their homes and responding to the pandemic,” said Plays.

Some students cast themselves to play primary roles and were able to salvage their original idea, while others found inspiration from the COVID-19 situation and produced an entirely different film.

Some examples of the 15 films produced include Stigma, A Skateboarding Film, by Andre Richardson, which shows the stigma around being a skater through a montage of arrests of youth, confrontations with law enforcement and skating competitions in Tampa. Now How About That Fight, produced by Taylor Frishman, is a thriller on gambling and debt, all filmed with an iPhone. Mo Sabbauddin’s Cracked Dimensions follows a man who has a breakdown following the loss of a loved one. Melissa Mora’s The World As We Know It is about the impact of the pandemic on her friends: including health care workers and a pregnant woman. 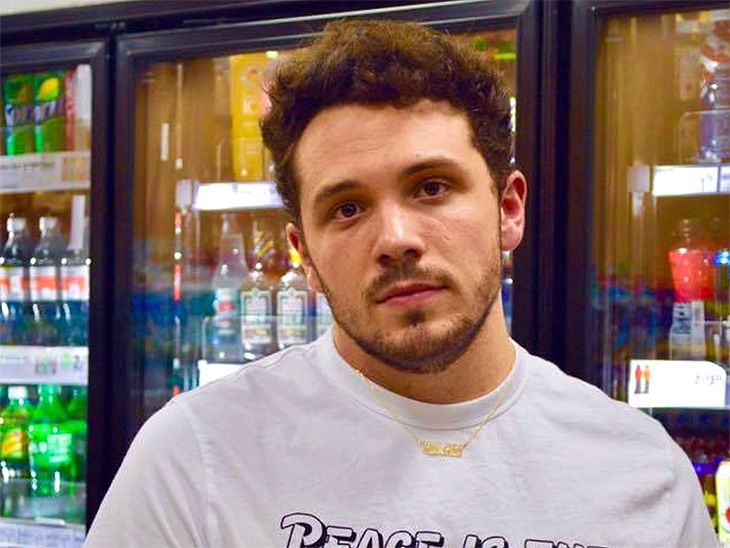 About his film Peder Smith ’20 said, “I wanted to capture the emotions we feel as this era of our lives comes to a close, and the future is so uncertain.” Photo courtesy of Smith

Peder Smith, of Dix Hills, NY, had an entire script written for his initial idea, but as the University shut down and people across the country sheltered in their own homes, it was apparent to Smith that he had to change course.

“So, I just ended up recording everything I could: conversations and goodbyes with friends, me around my apartment, among other things,” said Smith, who wanted to evoke the same emotions such as loss, love, nostalgia and acceptance of change as he intended to in his initial film. “Then the film began to take shape, and it was a very natural process after that.”

Smith’s film, Modern Philosophy, is an abstract documentary on the state of the world at this moment, and he describes it as a “time capsule” of his and his friends’ emotions. The film features and is dedicated to his group of friends from both Tampa and New York, calling themselves the “wise guys,” who have been making films together since Smith was just 11 years old.

“I wanted to capture the emotions we feel as this era of our lives comes to a close, and the future is so uncertain,” said Smith.

Despite being quarantined in his Tampa apartment, Smith said he’s been able to produce a cohesive film for the showcase.

“Creating a film during a time of quarantine and limited resources, taught me how to stretch my mind in ways I didn’t think I could,” said Smith. “It taught me that all you need is your mind to create a piece of art.” 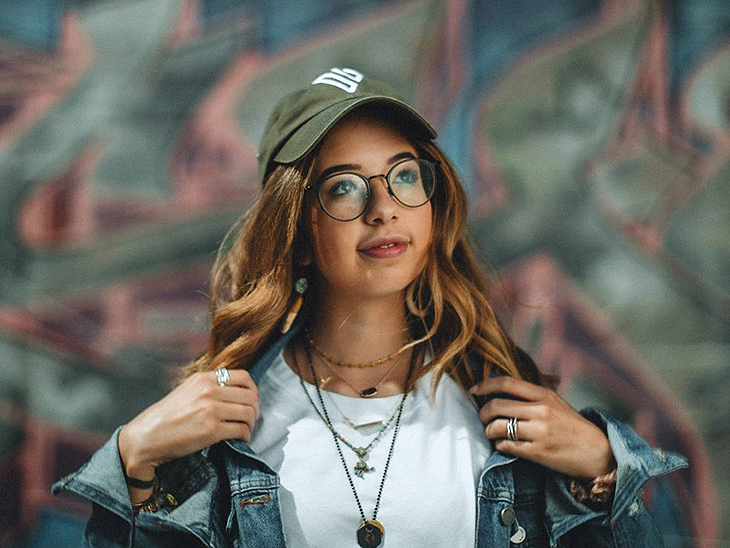 Olivia Miranda ’20 said pivoting to produce a film in quarantine with very limited access to working equipment was a challenge, but she is proud of the film that came out of it. Photo courtesy of Miranda

Miranda, of Tampa, FL, originally was producing a film about an abusive relationship and how a young girl overcame the situation through self-discovery. Miranda still wanted her new film to convey the same theme of overcoming a terrible situation that leads to self-discovery. For Miranda, pivoting to produce a film in quarantine with very limited access to working equipment was in itself a situation she had to overcome.

“It was hard to mentally be okay with the fact that after nearly four years in film school, I’d possibly have a low-quality film I pulled together in a few weeks to show for a thesis,” said Miranda. “There were hard days where I couldn’t get myself to go film and get in front of the camera.”

But she persevered, and produced a film she said she is very proud of. Quarantined follows two roommates, Liv and Ren. The two get back from spring break, and Liv doesn’t take the coronavirus situation seriously, until Ren contracts the virus and dies shortly after.

Liv’s anxieties and thoughts lead her to a breakdown, as she’s locked in her apartment during quarantine. In the end, Liv stands up for herself and overcomes her hardships; quarantine is then lifted.

“A lot of people are undergoing crazy mental stresses during this season. I think it’s important to acknowledge that,” said Miranda. “But it’s also important to shift that focus to something that won’t be destructive: focusing on art or self-care or the coming days of freedom instead.”

Undergrad Use of Social Media Studied for Opportunities in the Classroom

The research team looked at how undergraduates use social media and their preferences, and on their lurking behaviors. 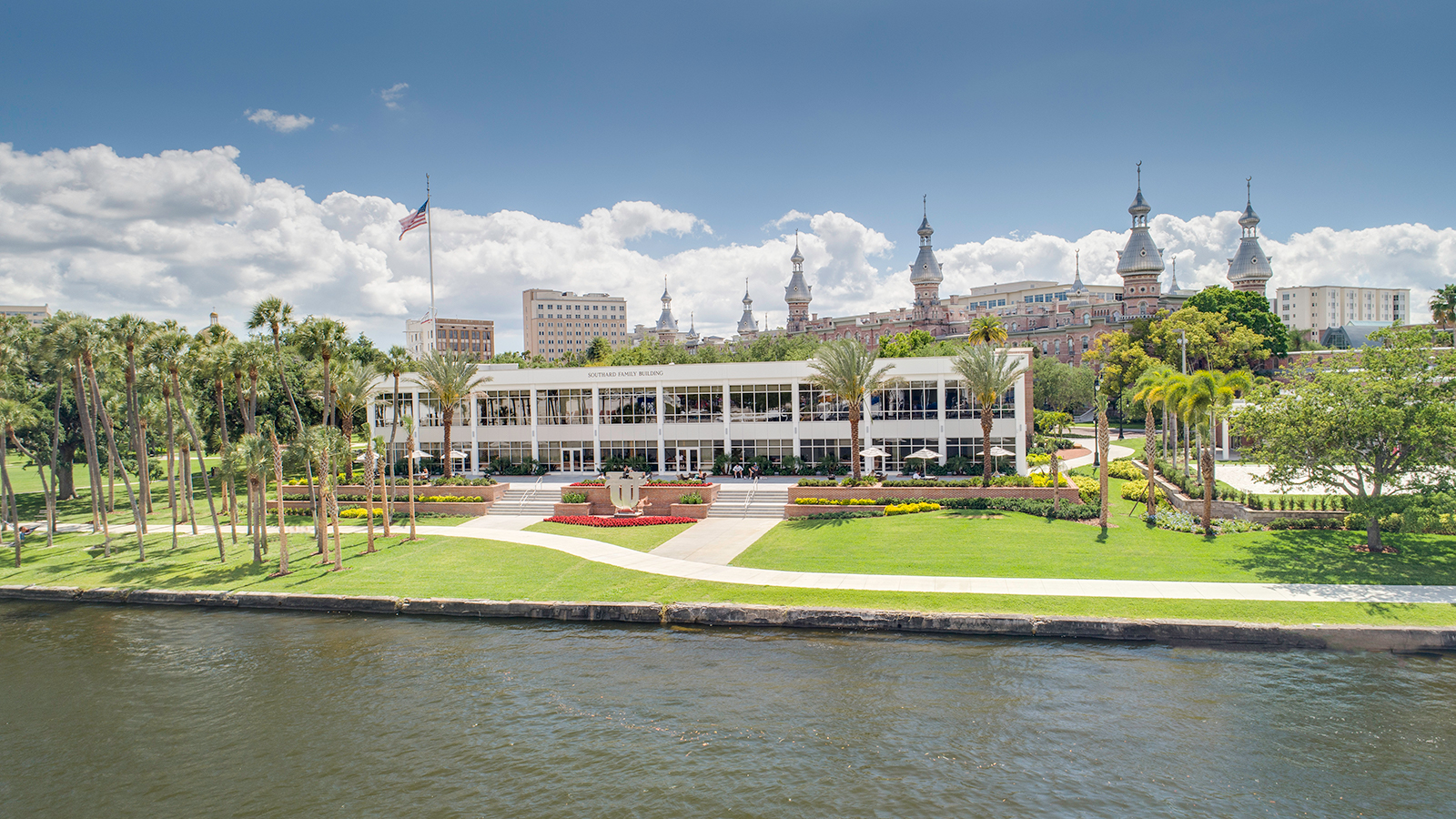 In Addition To Achieving a Top-Tier Ranking, UT Is Again Highlighted By U.S. News for Value, Innovation, Social Mobility and More