When Andrew McDougall ’23 came face-to-face with a shark in the Bahamas this summer, he wasn’t scared.

McDougall has always been interested in the water and grew up snorkeling and scuba diving and has had many encounters with sharks, he said. Through experience, he’s learned to read their posture, and said for the most part, “sharks don’t care about us at all.”

Beneath the Waves conducted BRUVs research, as well as sediment coring in the Bahamas in late May. Photo courtesy of Drew McDougall

An entrepreneurship major with minors in new media and marine biology, McDougall was awarded the Timothy M. Smith Inspiration Through Exploration Award this semester. The $2,500 award, given through the Honors Program, allows the recipient to travel during the summer and find inspiration.

In late May, McDougall used a portion of the funds to work in the Bahamas with Beneath the Waves, a nonprofit that focuses on ocean conservation. McDougall, who freelances as a photographer for clients including The University of Tampa, said he wanted to use his photography skills to help save the ocean.

His job was to capture the work and research the organization was doing in photography and videography, which could help generate additional funding.

“Now more than ever, media is a huge part of research,” McDougall said. “Finding a purpose like this is what I have set out to accomplish with photography from the very beginning.” 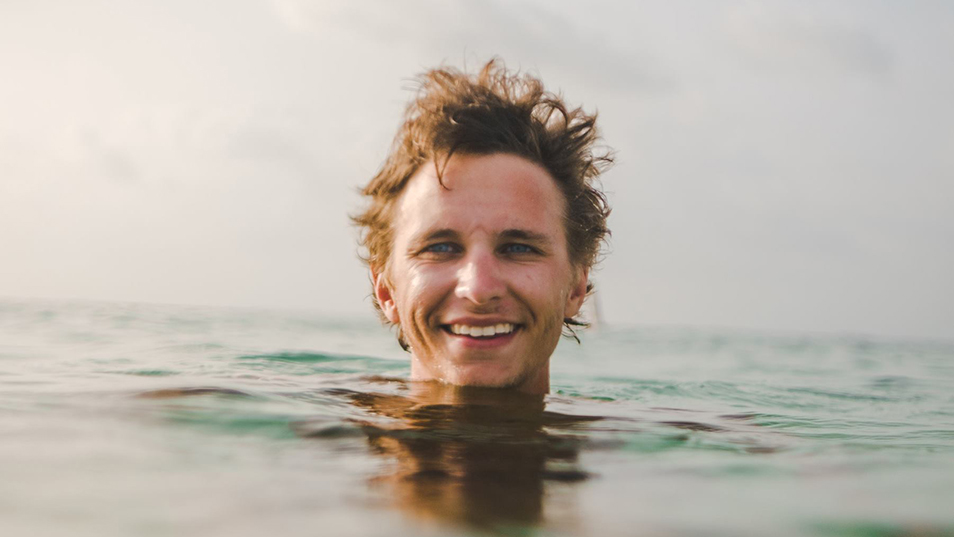 Andrew McDougall ’23 was tasked with capturing the research conducted by Beneath the Waves through photography and video. Photo courtesy of Drew McDougall

McDougall not only captured what the researchers were doing, including tagging the sharks and dropping baited remote underwater video systems (BRUVs), but found himself assisting.

BRUVs are a cost-effective way to evaluate and monitor reef communities and are typically used to help calculate the biodiversity in a particular area, McDougall explained. The BRUVs are left in an area for 60 to 90 minutes, recording whatever comes into the frame. In the Bahamas, the BRUVs were used to look for both sharks and other animals, McDougall explained

Beneath the Waves also did sediment coring, a part of their blue carbon testing used to determine the levels of carbon in the sediment layers, McDougall explained. Testing the carbon layers tells researchers if plants are removing carbon out of the atmosphere and storing it safely. This is important when studying global warming as the data can show researchers that seagrasses, mangroves and marshes could be important in reducing the number of greenhouse gases, he explained.

“It was an all-hands-on-deck operation,” McDougall said. “I got thrown in with the sharks, which is literal and metaphorical.”

Once the researcher got the shark secured, McDougall would jump in the water to capture pictures of the animal swimming away once it was released.

The first couple of times is a bit nerve-wracking, he admitted, but not scary.

“Sharks will tell you if they’re upset, or don’t want to be near you,” he said, “You learn those things as you spend time with them.” 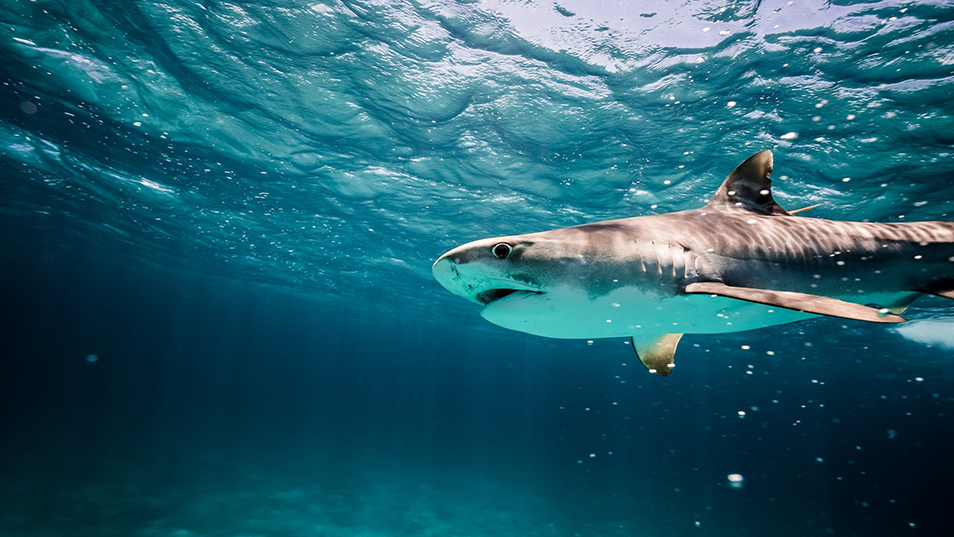 McDougall explained his role as making complex research digestible for all audiences through film and photography. Photo courtesy of Drew McDougall

The juveniles are more curious and will come closer to you, McDougall said, but they are never really aggressive, more so want to know what you are.

McDougall explained his role as making complex research digestible for all audiences through film and photography.

“There’s a huge gap you can fill with visual storytelling,” he said, adding that his background in science gave him the skills that helped him to look at a company like Beneath the Waves, and see where they might need help.

“If you can take a video and show someone in four minutes [the research], I think the financial support for the work would grow exponentially,” he said

McDougall hopes to one day establish his own company, assisting businesses like Beneath the Waves showcase their work, grow their following and gain funding.