While there has been much talk about the farm-to-table trend, UT’s Heather O’Connor MBA ’17 and Professor Bella Galperin found a niche with little light: the movement’s potential for entrepreneurs.

“My project is on sustainable farming, but also farming from an entrepreneurial perspective,” said Galperin, senior associate director of the TECO Energy Center for Leadership, on her UT-grant funded research, “Sustainable Entrepreneurs: The Role of Small Businesses in Global Sustainable Efforts.”

O’Connor and Galperin crossed paths when O’Connor was enrolled in the center’s Modern Advances in Leadership certificate program. O’Connor wanted research experience, and she had recently completed a marketing project from a previous class that happened to be focused on a farm-to-table restaurant. She worked with Galperin as an independent study on her farm-to-table research, and is now assisting in Galperin’s research on sustainable entrepreneurs.

“It was a big coincidence,” said O’Connor, who recently presented her research, “Farm-to-Table Trends: Implications for Entrepreneurship,” at the Global Business and International Management Conference at the end of February, showcasing how the shift in restaurant food sourcing has created a new venue for entrepreneurship.

O’Connor has spent the semester researching everything she could find on farming, entrepreneurship and the farm-to-table movement.

“I was trying to make a connection between the farm-to-table movement changing the landscape for the farming industry and opening up opportunities for entrepreneurship within the industry,” said O’Connor, of Bloomington, DE.

The lack of available research was a challenge, but O’Connor said there was enough to validate her assumptions.

“Not just with the farmers, but there is a lot of entrepreneurship within the industry,” O’Connor said. “There are businesses being started to connect the restaurants and the farmers called food hubs. They are helping with the sourcing.”

It’s also impacting the way the farming is being done, she said, because the restaurants are dictating to the farmers what crops are being grown as opposed to the other way around.

“The farm-to-table movement has really taken off in the last five years, which I found to be pretty interesting in that there are just not enough farms for a restaurant to fully source their menus,” O’Connor said.

Many of the new farmers looking to fill that void tend to lack previous farming experience, she said. They come with a lot of education and inspiration for innovation.

“They will have an MBA or have made a career change and they saw this opportunity, a huge market and demand for the food, and they are figuring out different ways to make it work,” O’Connor said. “Not only that, but they are taking all these alternative methods of farming and shaping them to be able to farm on the second floor of a building or in any space that they can find.”

Galperin is using the information as part of her work on the role of agricultural entrepreneurs in the local and global sustainability arena.

She and O’Connor are now interviewing local farmers in the frame of sustainable entrepreneurship — how did they get started? What are some barriers? What do they do in terms of the environment? They want to find out what technologies farmers have developed, if they plan on using them globally and how they are transferring those technologies, such as with patents.

“There’s a lot of entrepreneurship and innovation in this area,” Galperin said. “We don’t really think of it, but there is so much opportunity.” 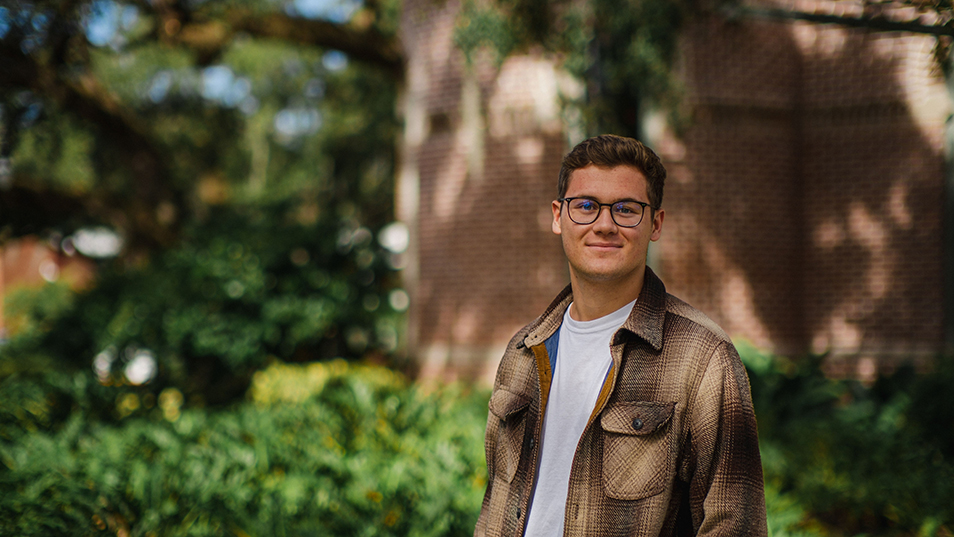