Austyn Keelty ’23 has helped hundreds of students prepare and present speeches in the three years she’s been a tutor in UT’s Center for Public Speaking.

This April, her skills and dedication were honored with the National Association of Communication Centers’ (NACC) National Tutor of the Year award. 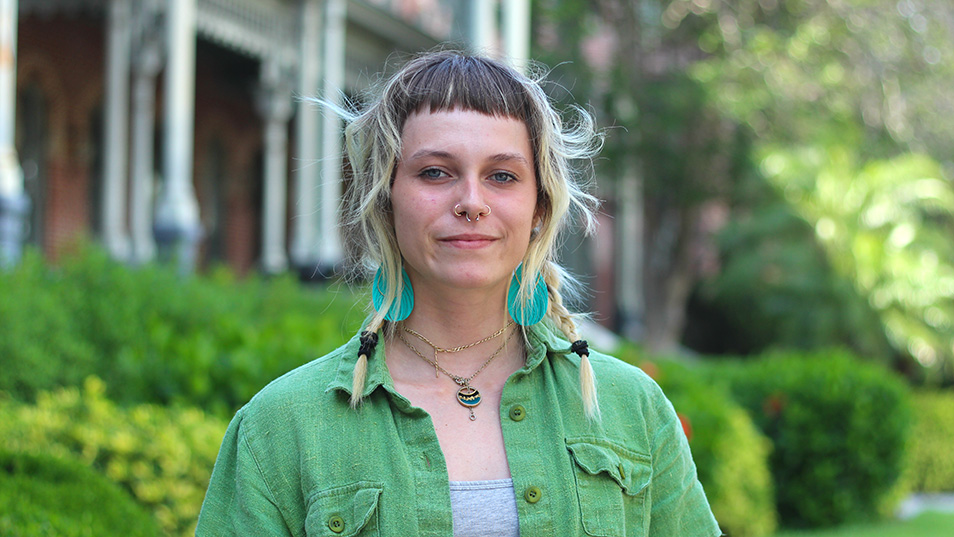 Austyn Keelty ’23 was recently named the National Tutor of the Year by the National Association of Communication Centers (NACC). Photo by Madison Schorle ’22

“I haven’t digested that I won the award,” said Keelty, originally from Austin, TX. “It is just really nice to be able to reflect on my past three years as a tutor and know that I am making a difference.”

When Keelty came to UT she struggled finding a sense of belonging. Then she started tutoring at the Center for Public Speaking and felt right at home.

“I have found my people through the Center, not only with peers and other tutors, but with professors, as well,” said Keelty, a communication and speech studies major with a minor in women’s and gender studies. “I’ve been able to find my place on campus; I was able to find my voice and discover who I wanted to be. I wouldn’t have been able to do that if I didn’t have this community-minded space.”

Meredith Clements, director of the Center and assistant professor of speech, nominated Keelty for the award, as she sees her as one of the most talented public speakers and gifted tutors with whom she has ever worked.

“She has this blend of critical thinking and creativity, so when a client works with her, they end up better understanding their speech and project,” said Clements. “You have someone who can do and someone who can teach, which is really rare. She sees public speaking as an art form. She’s passionate about doing the work and the research that goes into crafting a persuasive speech.” 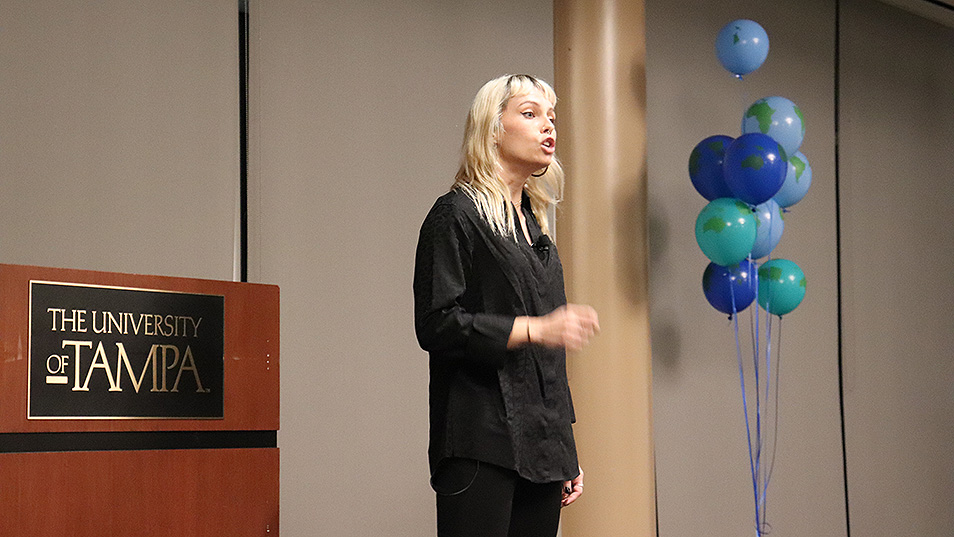 Through tutoring, Keelty discovered what she wants to do with her life, which is either law or nonprofit work because of her desire to help others. Photo courtesy of Austyn Keelty ’23

Not only has Keelty helped students by tutoring, she has also helped herself learn more about the world around her and her personal values. Through tutoring, Keelty discovered what she wants to do with her life, which is either law or nonprofit work because of her desire to help others.

“Whatever career I go into, I want to make some sort of judicial change, and in order to do that, I am going to have to face some very set-in-their-ways, traditional people,” said Keelty. “I believe that the hardest part of changing someone’s mind is figuring out where they are at mentally, and through tutoring, I have been able to really analyze people and their thought processes.”

Although there are many rewarding parts of tutoring for Keelty, she mostly enjoys giving others the confidence to talk in front of a crowd. Through her sessions, Keelty watches her clients transform from lacking the confidence in their material and executing their speech, to carrying an extra boost of encouragement and certainty in their work.

From these little changes in their demeanors and performances, she knows her help is going to be something her clients will carry with them for the rest of their lives. Clements agrees.

“It’s really cool to work with undergraduates who are going to change the world, and I believe that Austyn already is,” said Clements. “She pours her heart into everything she does.”