Since February, Associate Professor of Education Enilda Romero-Hall and two graduate students, Adriana Vianna M.S. ’20 and Erika Petersen M.S. ’19, have been discussing how to help immigrants adapt to the quirks of American life. At the end of this month, the team will present New Beginnings – a graphic novel for English-language learners (ELL) – at the 2019 Open Education Conference in Phoenix, AZ. 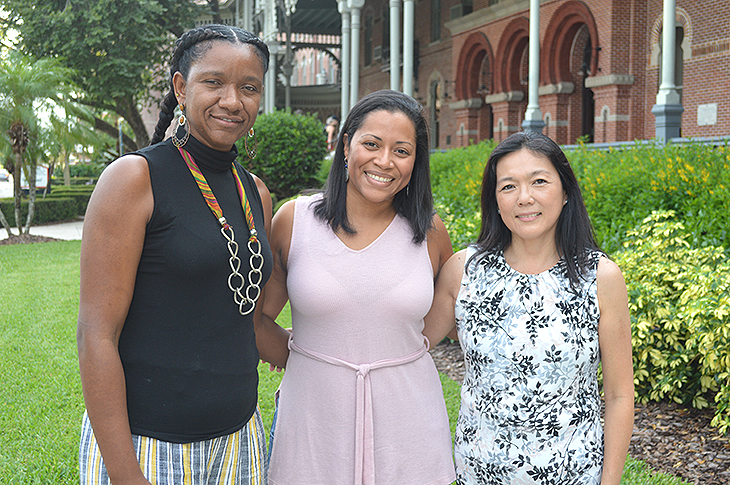 “This is the idea of doing something larger, doing something for everybody,” said Romero-Hall, who is also the graduate coordinator for the master’s program in instructional design and technology.

The graphic novel — which is a narrative that is presented like a comic, except in book form — focuses on teaching common abbreviations, as well as American aspects of life that may not be familiar to an immigrant, such as tax withholdings on a paycheck. The overall goal is to help immigrants in America adapt more easily to American life.

Each of them understands what it means to be an immigrant in the U.S. Vianna and Petersen both emigrated from Brazil, and Romero-Hall emigrated from Panama.

“All three of us know what it’s like to live in your home country, then come to the United States as immigrants, so a lot of the time we were pulling from our own experiences and experiences of people we know,” said Romero-Hall. 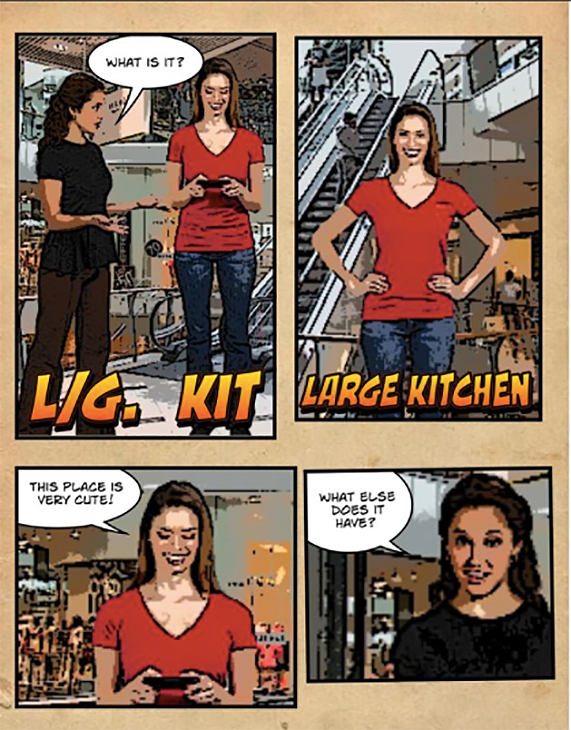 The graphic novel — which is a narrative that is presented like a comic, except in book form — focuses on teaching common abbreviations, as well as American aspects of life that may not be familiar to an immigrant.

The idea for the graphic novel stemmed from Vianna’s experience as a second-language instructor. For the last two years, she has been testing her students with a state-level test and has found that they’re always underperforming in the same topic: abbreviations.

She and Petersen formulated an idea and took it to Romero-Hall, who then guided the two toward creating a graphic novel. One of Romero-Hall’s previous students was an instructor of ELLs, and the two had discussed the benefits of graphic novels for these types of learners.

“She mentioned specifically that her students were not very interested in reading, but interested in graphic novels,” Romero-Hall said. By combining images with language, it becomes easier for a language learner to connect words with actual concepts and objects. 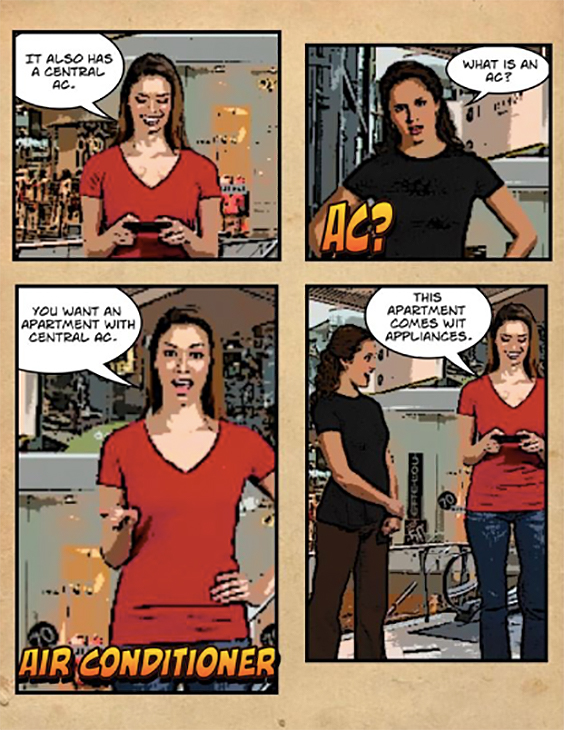 The graphic novel is set to be published by the time the team heads to the Open Education Conference at the end of this month. It will be available online and also on mobile devices.

The graphic novel’s story focuses on a character named Linda who immigrated to the U.S. She begins her job search in the first chapter, where she goes to the library to get assistance with her résumé and improve her computer literacy skills. In the second chapter, Linda gets a job. The graphic novel explains how tax withholdings work and how to save for retirement using a 401(k).

“We also included a little background on how we felt as immigrants coming to the United States,” said Vianna, who was a teacher in Brazil. “It explains things that people need to know are different,” such as professional certifications.

The team describe the past few months creating this graphic novel as a journey that has enhanced their lives, both professionally and personally.

“Erika and I, we’ve learned so much about instructional design in relation to real life,” said Vianna.

“It’s been a journey for me since we’ve started,” said Petersen. “I’ve learned a lot, learning how to write, learning how to do research and finding literature that can help us in the research.”

The graphic novel is set to be published by the time the team heads to the Open Education Conference at the end of this month. It will be available online and also on mobile devices.