The University of Tampa welcomes back renowned jazz pianist, composer and accordionist Ben Rosenblum, along with bassist Marty Jaffe and drummer Eric Kennedy, for an encore performance on Monday, Oct. 17. The event begins at 7:30 p.m. in the Charlene A. Gordon Theater in the Ferman Center for the Arts. This event is free and open to the public. 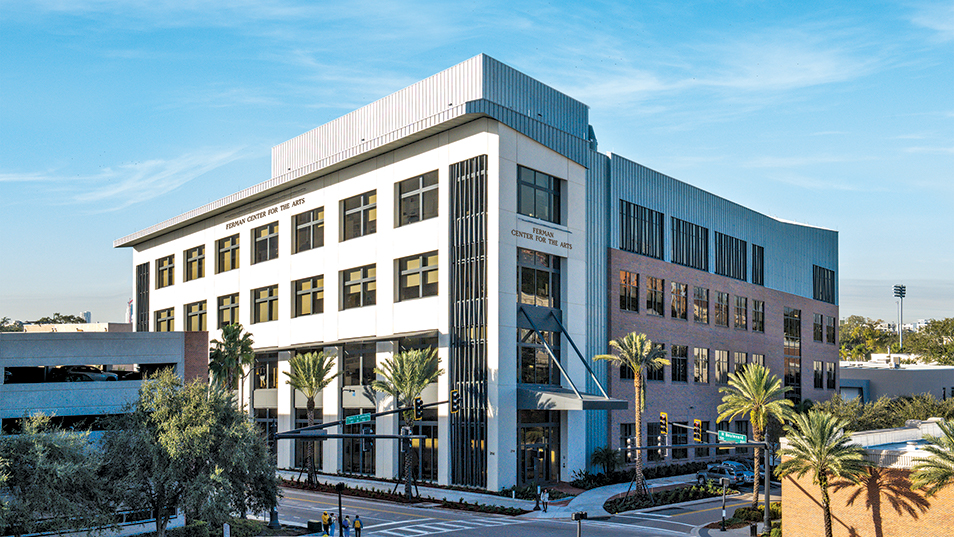 Jazz pianist, composer and accordionist Ben Rosenblum, along with bassist Marty Jaffe and drummer Eric Kennedy will perform in the Charlene A. Gordon Theater in the Ferman Center for the Arts Oct. 17.

The Ben Rosenblum Trio delights and enlightens audiences with their fresh approach to jazz and their infusion of international music styles. Rosenblum's musical interests extend beyond jazz to include work in numerous world music scenes, including musical styles from Brazil, Peru, Croatia, Bulgaria, India, Ireland, Jewish traditions and more.

Pianist Ben Rosenblum has appeared at prestigious venues throughout the world, including the Appel Room at Lincoln Center, Kuumbwa Jazz Center, Ravinia, Himawari-No-Sato Concert Hall in Yokohama, Bird's Eye in Basel and the Library of Congress. His three albums have each garnered notable acclaim from critics and listening audiences alike.

Bassist Marty Jaffe studied at Columbia and Juilliard with jazz luminaries such as Ron Carter and Wynton Marsalis. His accolades include being named a 2012 Presidential Scholar in the Arts and winning the International Society of Bassists’ jazz competition in 2013. Jaffe’s versatility has helped him become one of New York City’s most in demand bassists.

Drummer Eric Kennedy studied with Sun Ra and legendary Edgar Bateman. During the 1990s, Kennedy played with the Our Time is Now world music ensemble in Holland, and the Victor Sabas Trio in French Guiana. Since returning to Baltimore to live and work as a freelance drummer, he has played with numerous ensembles and soloists including Mack Rucks, Moments Notice, the Eubie Blake Sextet and Big Band, and many more. Kennedy is also a prolific composer whose work includes multifarious cultural influences and rhythm styles.

For more information, contact Bradford Blackburn, director of music technology and composition and associate professor of music, at bblackburn@ut.edu.