Last fall, marine biology major Lauren Kulick ’21 sat in a child-sized chair in a Tampa elementary school surrounded by a few eager kindergarteners peppering her with the most bizarre facts about octopuses and seahorses. 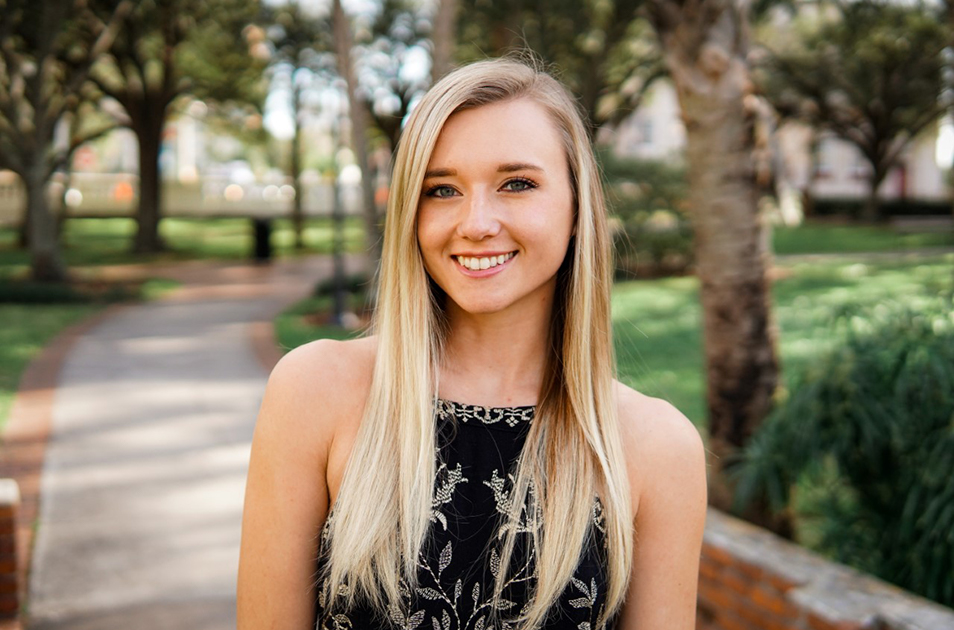 Marine biology major Lauren Kulick ’21 has been researching effective e-learning methods for science education with the goal of making science more accessible and understandable for the general audience.

Kulick had been invited by Emily Rose, who at the time was a visiting assistant professor in the biology department at UT, to co-teach a group of students on the wonders of science and seahorse conservation in Tampa Bay. It just so happened that Kulick was also discovering that she had a love for teaching.

“It was so fun just to be there with kids and hear the questions that they had and be able to answer them,” said Kulick, of St. Louis, MO. “It made me realize that I love teaching people science and being able to communicate my love of science, and not so much to always be in a lab.”

Inspired by her passion for education, Kulick teamed up with Rose and successfully applied for the Summer Undergraduate Research Fellowship (SURF) grant in March and continued her research into the fall as well. For the last eight months, Kulick has been researching effective e-learning methods for science education with the goal of making science more accessible and understandable for the general audience. 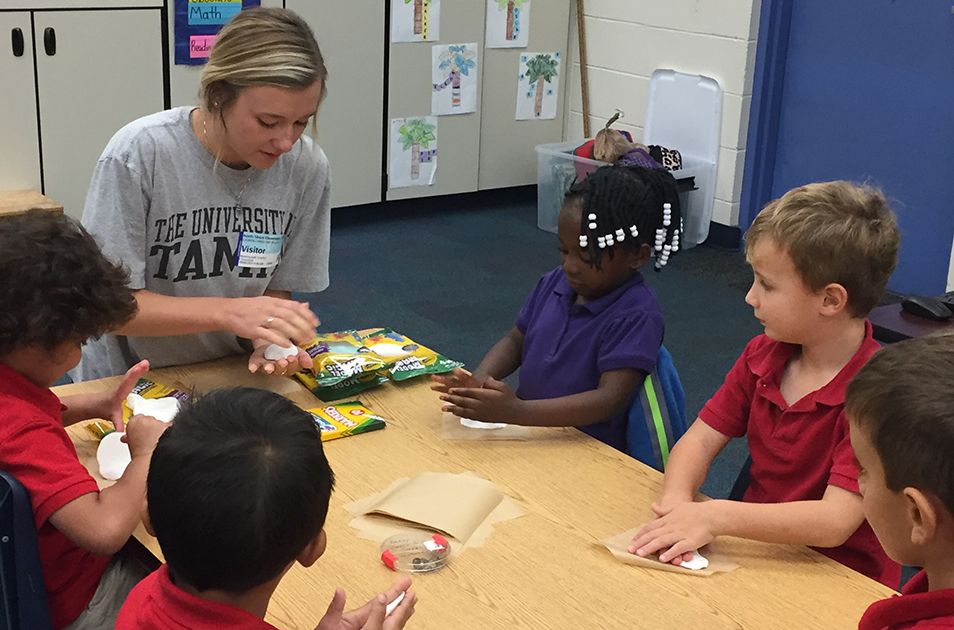 After volunteering to teach kindergarteners about seahorse conservation in Tampa Bay, Kulick discovered she had a passion for teaching. “It made me realize that I love teaching people science and being able to communicate my love of science.”

The team had initially planned to travel to the Bahamas this summer and work with both adults and children to educate them on their local ecosystems. When the pandemic hit, Kulick had to shift travel plans and instead develop a project she could implement locally.

“What really affected Lauren was the idea that the impact of science is very limited by who it reaches, and so she wants to be able to take scientific discoveries and make them approachable for the general public,” said Rose. “By shifting to virtual…it became more beneficial because she can reach a bigger audience.”

As an experiment, Kulick created two videos for a broad range of ages that communicated the same message in two different ways: Each showed the same video and images, but one had a narrated voice-over and the other had text written over top.

A bulk of the videos detailed Kulick’s journey as a marine biologist at UT, as well as information about working in the field with specific species of fish and seahorses.

Kulick shared the videos via Facebook along with a survey. The survey had a series of questions to see if the material was communicated more effectively in one way versus the other.

Out of the nearly 200 responses, roughly 60% of respondents preferred the voiceover video compared to the text. Not only did people prefer it, but the survey indicated that a majority of people retained more information from the voiceover than the text video. 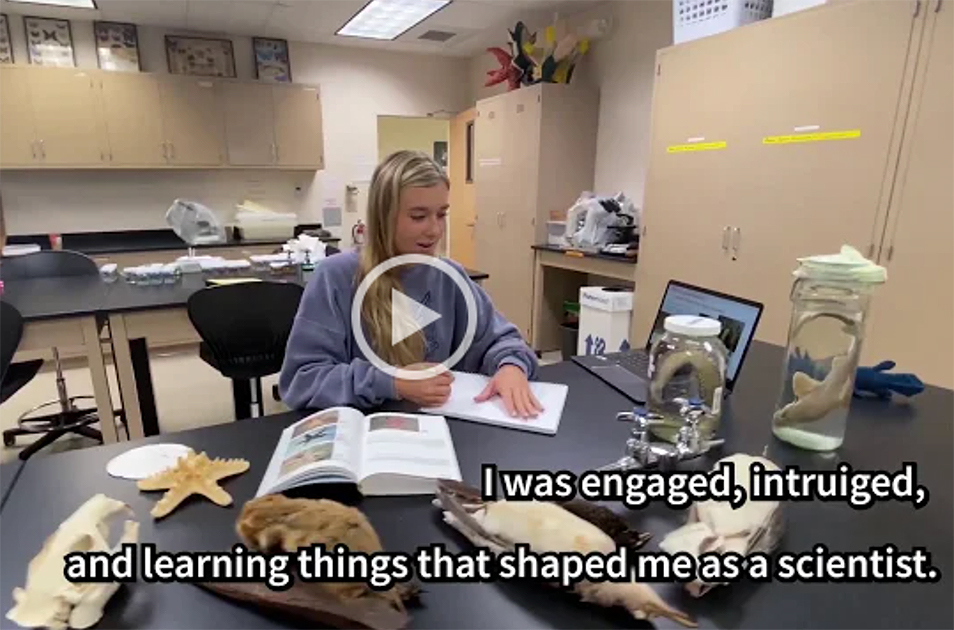 For her research project, Kulick created two videos for a broad range of ages that communicated the same message in two different ways: Each showed the same video and images, but one had a narrated voice-over and the other had text written over top.

“I think that because with the text video, you can only put so many words, whereas with the voiceover you can verbally say more in the same amount of time,” said Kulick. In addition, about 77% of respondents say they connected more with the student in the voiceover video, which could account for why people not only retained more information but also preferred it.

One of the questions asked the respondents to recall a certain fact about seahorses in the videos, and about 64% of respondents recalled it being said in both (the correct answer). With the other 36%, responses were split fairly evenly between the two types of videos.

“(This data) showed us that learning styles are different; you can’t teach everyone in the same exact way,” said Kulick.

In addition to her research, Kulick has also been working with UT’s marine ecology lab since she was sophomore, helping with various projects alongside Heather Masonjones, professor of biology, Rose and other UT students. The ecology lab has been conducting research on seahorses and pipefish in the Tampa Bay area as well as in the Bahamas. The lab has been working in the Bahamas’ Sweetings Pond, which is home to a unique mix of marine life and a sizeable population of the hippocampus erectus seahorses – a globally vulnerable species.

The marine ecology lab plans to continue working with the Bahamas National Trust to establish Sweetings Pond as a national park, and Kulick’s research may be applied to educational methods used for programs at the park. 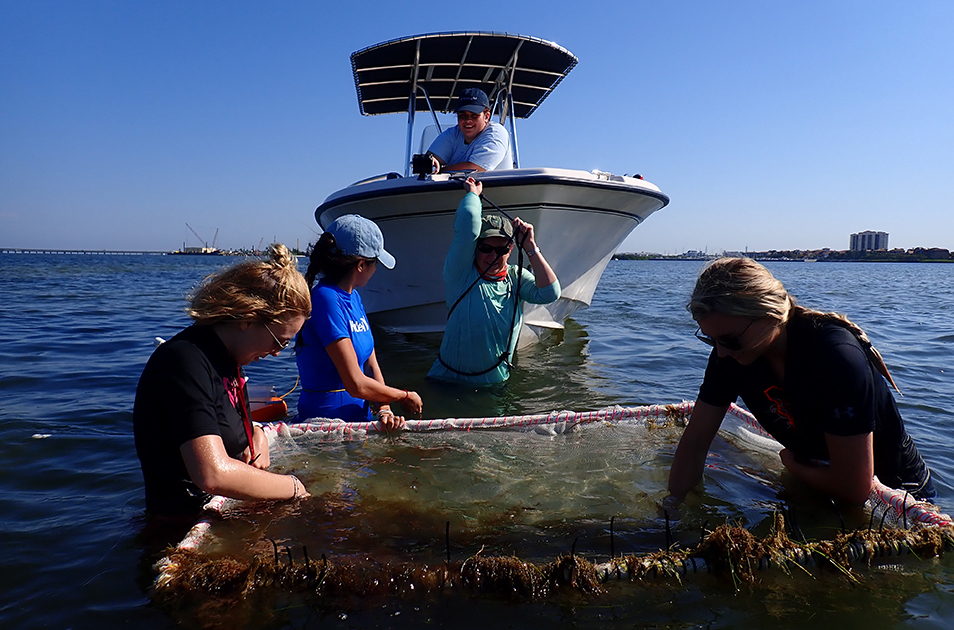 In addition to her research, Kulick has also been working with UT’s marine ecology lab since she was sophomore, helping with various projects alongside Heather Masonjones, professor of biology, and other UT students.

Since the pandemic has caused many learning environments across the country to shift to remote delivery, and with science being a more complicated and technical area of study, the two say this project has the potential to be very impactful outside of Sweetings Pond and Tampa Bay.

Going forward, Kulick’s career goals revolve around making a difference in science education — whether it be through a nonprofit organization, in a classroom or via some other format.

“(This research) is going to help me in a teaching sense, and the virtual aspect of it is also going to help me convey that information in a different way so it can be seen by anyone who wants to see it,” said Kulick.