Dance Major Finds Her Own Tune

On the night that dance major Janel Wirley ’20 was supposed to perform in the Spring Dance Happening (April 29), she instead will be logging in to an online meeting with all the other performers, choreographers and dance majors, going through their rituals and commemorating the annual event digitally instead of on the stage. While she is disappointed not to be performing in person, she isn’t dismayed. 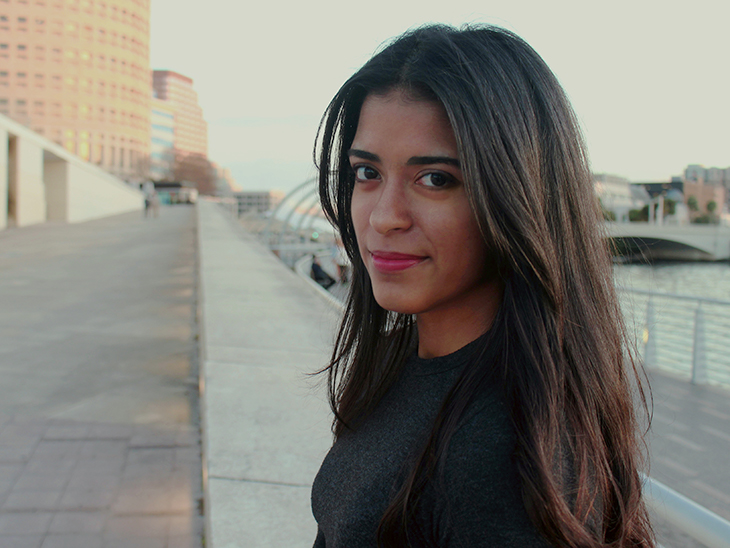 Janel Wirley ’20 is an education team intern at the Glazer Children’s Museum. Photo courtesy of Wirley

“I’ll always keep these ideas I created for Dance Happening,” said Wirley about her choreographies. “The ideas never die. Just because we can’t meet and create it now, doesn’t mean that we can’t use these same ideas in the future.”

It’s just one of the ways Wirley is adapting this semester. Another is that she’s continued her internship with the Glazer Children’s Museum’s education team by creating online content from her home in Bradenton, FL.

“The structure is different than a traditional dance class, because it’s focused on this creative aspect — moving around creatively and activating the mind. I follow a lot of the methodologies from Anne Green Gilbert, who specializes in creative dance curriculum,” said Wirley of the 10- to 15-minute dance workshops she has been creating for children with special needs, which is shared to the museum’s patrons through a digital newsletter.

“There is a concept and element of a style in each video. We might be doing similar movements — bending and straightening our legs — but we might do it with the legs turned out, like in ballet. In another lesson it might be the same movement, but it’s to pop music or jazz movements,” Wirley said. “There is a technical style to each workshop, but it’s not governing the whole lesson. I’m trying to make it as friendly as possible to the population, but it’s programming that anybody can do.”

The concept was inspired by a class Wirley took at UT on working with diverse populations (age, physical limitations, mental capabilities) and fit requirements needed for two culminating capstone projects — one for her major and one for the Bonner Leader program.

As a Bonner Leader, Wirley is among 16 peers on campus who have committed to the four-year program, which provides scholarships and Federal Work Study, leadership development and an internship all four years at a single nonprofit.

“The first goal of the Bonner Leader Program is for students to contribute in meaningful and impactful ways to the Tampa Bay community,” said Ian McGinnity, director of the Office of Student Leadership and Engagement. “They are able to gain increasing responsibilities, manage their own projects and initiatives, and be viewed as member of the team.”

The students are required to work nine hours a week at their assigned nonprofit. In addition, Bonner Leaders spend two hours a week in small-group, on-campus trainings on the second goal of the program — developing Spartan Ready competencies and the seven tenants of the Bonner program: community building, civic engagement, diversity, international perspective, spiritual exploration, social justice and wellness.

For the last four years, Wirley has been working alongside a volunteer manager to assist with volunteer projects, communication and outreach. As she gained more experience, and as her UT classes exposed her to more teaching methodologies, she started offering the dance workshops.

“Janel has made a huge impact on the museum. She has helped streamline our volunteer practices and procedures, as well as helped our volunteer program at the museum grow,” said Libby Hopkins, membership manager for the museum. “I have seen Janel grow over her four years here. She went from working behind the scenes to taking the lead on programming. She found her voice through dance here and has been a fabulous edition to our team.”

Creating online videos has been more challenging than Wirley originally thought. She now considers variables that would be constant in a studio setting (such as the space available and the types of flooring her students now have access to), how to keep her students engaged through a video screen instead of feeding off their energy and reactions in real time, and in the technical challenges and learning curve of recording herself and editing the videos.

Since she was four years old, Wirley has been dancing. As a child, she said some health and developmental issues prevented her from many outside sports so dance is where she flourished. She studied jazz and tap but focused her training on classical ballet, attending summer intensive ballet academies and receiving merit and distinction awards in the Royal Academy of Dance Examinations in 2015 and 2016. When looking at colleges, she wanted an environment that was less competitive. 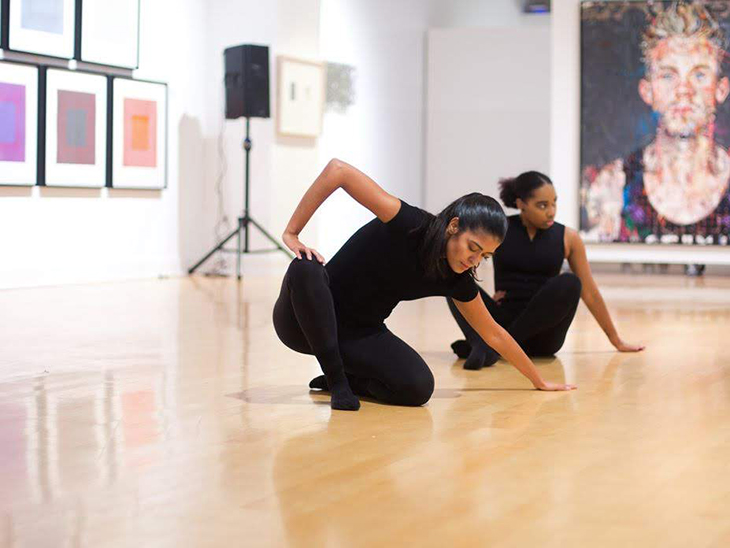 Since she was four years old, Wirley has been dancing. Photo courtesy of Wirley

“Throughout my four years here I have always felt so supported, even by my classmates too. There’s this bond and camaraderie I’ve learned a lot through. I’ve been able to take more risks and try more things,” said Wirley. “Being a little bit more vulnerable in the arts can be challenging, because it’s your ideas and it comes from a deep place sometimes, so it’s been beneficial for me to be here.”

Wirley enjoys the visual arts and started an animation club at UT with a friend (who is an animation minor) as a way to increase her digital skills. “We’d write scripts, make short animations, learn a bunch of skills or practice things [members] might have learned in class. It was just a space for all of us to connect, create and learn things and enjoy art together.”

When Wirley graduates in May, she’ll do so with two certificates in addition to her degree, one in international studies and one in Teaching English to Speakers of Other Languages (TESOL). She completed an international internship in Italy last year, teaching English through dance at a summer camp, and has worked as a dance instructor at Ms. Lisa’s Dance studio in Tampa. She hopes to combine her interests with a career in choreography or performance. Looking back on her time at UT, Wirley is grateful for being a Spartan.