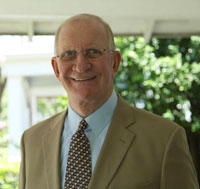 John H. Sykes began his entrepreneurial endeavors in 1977 when he founded Sykes Enterprises, Inc., in his hometown of Charlotte, NC. The firm grew from its infancy to become one of the largest customer service support companies in the world. Under Sykes’ leadership, the company went public in 1996 and has since expanded employment to more than 41,000 with offices located in 23 countries. In 2004, Sykes retired from Sykes Enterprises and currently serves as its chairman emeritus.

Since his retirement, Sykes has become an active investor in several business entities and in 2009 began JHS Capital Holdings, LLC, where he serves as chairman. To expand his interest in the financial services industry, that entity now holds two subsidiaries: JHS Capital Advisors, LLC, a broker-dealer enterprise specializing in wealth management, and JHS Insurance Services, LLC, an entity specializing in fixed, variable and long-term care insurance products.

In addition to these interests, Sykes is active in the thoroughbred horse industry. Through Woodford Thoroughbreds, LLC, he has developed a successful enterprise with farm operations located in Versailles, Kentucky and Ocala, FL.

Active in the Tampa Bay community, Sykes is a member of the Board of Trustees and chairman emeritus of The University of Tampa where the Sykes College of Business is named in his honor. He is also a member of the United Way Million Dollar Roundtable.