UT Professor’s Documentary a Five-Year Collaboration with His Students

Christopher Boulton, associate professor in the Department of Communication, has collaborated with UT students on a wide variety of video projects, ranging from food competitions to science fiction and documentaries from Ecuador to Morocco. 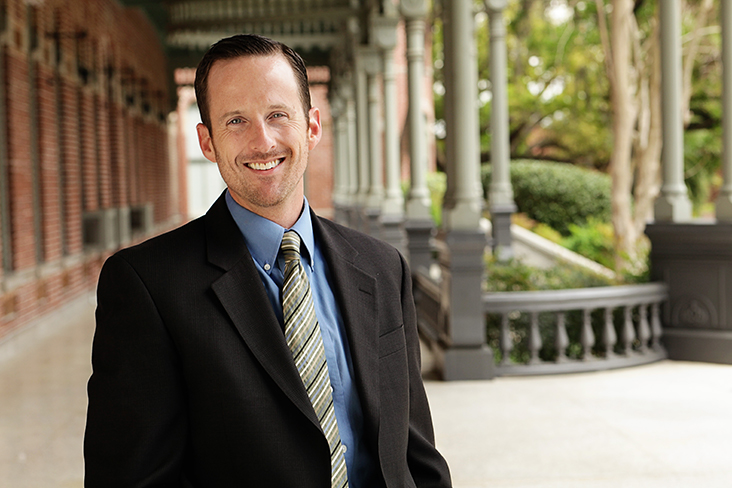 Christopher Boulton, associate professor in the Department of Communication, will premiere his feature length documentary Life After Life at the Sarasota Film Festival on April 7 and 9.

But his most recent project, the feature-length documentary Life After Life, which will premiere at the 21st Sarasota Film Festival on April 7 and 9, is the most engaging to date.

Over the course of the production, Boulton said he mentored 10 communication and film and media arts majors who worked on the film crew, and over 20 dance majors performed on camera.

The film, described by the festival as a “meditation on art, aging and the healing power of expressive movement,” documents how dance majors from The University of Tampa inspired three charismatic grandmothers from the Ella at ENCORE retirement community to create an original modern dance in one week. 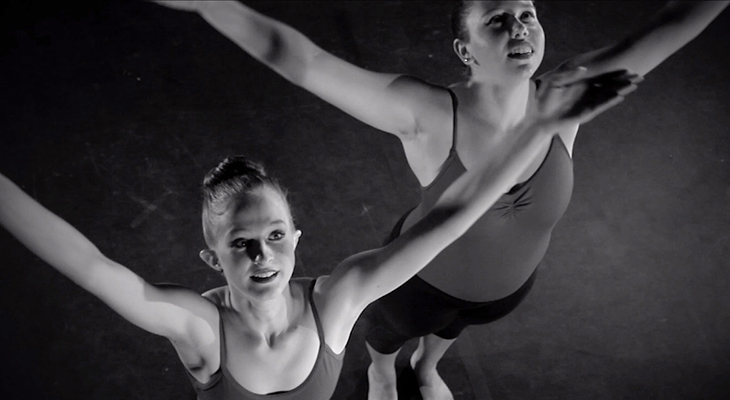 Life After Life features students in UT’s dance program who lead dance workshops with senior citizens in the community.

As the recital approaches, the women struggle to overcome a range of mental and physical limitations and show that it is never too late to explore the unknown. Life After Life opens up modern dance to new audiences and performers with a poignant, surprising and at times hilarious look at what happens to the creative process when every body dances.

Boulton’s film began in Fall 2013 when he was introduced to (now retired) Professor Susan Taylor Lennon and her students, who were conducting weekly dance workshops at the Ella at ENCORE senior apartment residences near downtown Tampa. Working with several students on the film production and with Eric Langhoff ’15 on editing, the crew captured a performance with the Urban Bush Women and seniors at the Ella in a 30-minute video, Building Community Through Dance.

Langhoff, who graduated with a dual degree in film and media arts and entrepreneurship, and Eric Post ’15, who graduated with a degree in biology, were awarded an Honors Fellowship to help capture the next phase of the film, which focused on the journeys of three of the Ella residents as they developed original modern dance pieces based on their life stories. Langhoff was able to edit his own 20-minute version of the film, which he screened at an Honors Symposium in 2015.

Boulton has collaborated with UT students on a wide variety of video projects, ranging from food competitions to science fiction and documentaries from Ecuador to Morocco.

From that point, Boulton re-edited all of the footage from scratch, and titled it Life After Life. He brought on Jemaine Brown ’16, media technology specialist in UT’s Office of Information Technology Operations, as a new assistant editor and color grader, and to help score the film he licensed music from Michael Ingold, studio safety technician in the Department of Art and Design.

“Life After Life took five years to complete. My goal was to take seniors seriously as artists and show how different abilities can lead to new forms of expression,” Boulton said. “But I also wanted to expose my students to the challenges and excitement of long-form documentary in the hopes that the experience will inspire them to dig deeper into topics that interest them with the curiosity of an explorer and the courage to follow the story wherever it takes them.”

The Sarasota Film Festival is a prestigious and competitive showcase for independent film. Over the last five years, the festival has received an average of 1,500 submissions a year and only accepted an average of 210 (less than 15%). This year’s lineup of feature-length documentaries includes the latest films from Werner Herzog and Barbara Kopple, along with over a dozen Sundance selects.

Boulton will be the first professor from UT to have directed a feature screened at the Sarasota Film Festival. Life After Life will show at the Regal Hollywood Sarasota (1993 Main St., Sarasota FL, 34236) on Sunday, April 7, at 11:45 a.m., and Tuesday, April 9, at 2:45 p.m. Tickets are $15 and can be purchased in advance on the festival website.

In addition, Dwayne Scheuneman, the choreographer featured in Life After Life, will facilitate an integrated dance workshop for all ages and abilities at Sarasota Contemporary Dance’s new studio, 1400 Boulevard of the Arts, Suite 300 in Sarasota, on Sunday, April 7, at 2 p.m. This workshop is free and open to the public.