In Sarah Lauro's Plant Hall office, on the north facing wall, is a library of books. It's a collection the assistant professor of English shares with inquiring students.

On more than one occasion, English major Noah Oakley '19 has asked Lauro about a topic - say, death and literature - and she directed him to one of the well-worn soft covers lining the shelf. And while unsure if he'd follow through with reading it, she'd see an Instagram post of Oakley reading the book in a Tampa coffee shop and smile to herself at his curiosity and thirst for knowledge.

"That's the thing about Noah. The classroom for him is the place knowledge starts. It's not the place that it ends," Lauro said. "He goes to every single extracurricular activity - if we're showing a movie he's there. If we're hosting a poet's reading, he's there. He just really takes advantage of that whole UT experience."

So when the opportunity arose to apply for a conference, Oakley took it. He is one of only 23 students accepted to present works in an undergraduate seminar at the American Comparative Literature Association's Annual Meeting, a major professional international conference from March 29-April 1. He'll be presenting on his paper, "So Queer Ya Can't See Straight: Hemingway, the Double, and Digital Archives."

"There are some people from University of Chicago, Columbia, Yale, Harvard. It's a little terrifying, but it's very motivating for the semester, because if I can get into this than I can write any other paper I have to do," said Oakley, of Cartersville, GA, who is in the Honors Program. "It's exciting to get this opportunity to go and focus on what it is I love to do."

Oakley's research started in Lauro's Major Authors course on Ernest Hemingway last fall, where he sifted through online archives and discovered old letters from Hemingway. His assignment was to make an argument based on the letters.

"Basically, here are things that happened in Hemingway's life, here's how he talked about it, here's how we see him process it in his fiction (because so much of his fiction is drawn from his own biography) and here's what critics have to say," Lauro explained.

Oakley argued Hemingway's temperament wasn't as macho and filled with bravado as typically depicted. In the letters, he found a softer touch.

"I'm a big fan of him. In the changing spheres of thinking he kind of has a bad rap as extremely homophobic and misogynistic, but when you have all these letters and you have these accounts people have given it looks to be completely different," Oakley said. "It might have just been an effect because of the expectations. It was nice for me, as someone who focuses on gender and sexuality theory to be able to bring an author that I really enjoyed into that field and into a little bit better of a light."

The panel Oakley will be participating in at the conference is literature through the lens of new technology. It was a perfect fit for adapting his Hemingway paper.

"This paper aims to explore shifting identities that create cracks in the hypermasculine myth of a man that the canon has created. By using letters from his past and interviews made easily accessible through online resources to frame The Sun Also Rises and The Garden of Eden, I argue that Hemingway's work actually tells a more interesting story about someone struggling with sexual and gender identity," Oakley writes in his abstract. "The author and the man now become multiple uncanny doubles of each other through differently informed readers, enforced by the technological advancements in literature. Because of this intersection of technology and literature, this paper argues that these advancements make it easier for a cornucopia of readings to be created, muddying the authorial voice and shifting exactly how we kill the author," which gives a nod to Roland Barthes' theory of la mort de l'auteur.

Oakley, who is a UT Diplomat, President's Leadership Fellow, Neon assistant editor and student coordinator of Leadership Exchange, has blown past his goal to present a paper at least once at a conference in 2018. He's been accepted to the Florida Undergraduate Research Conference later this month and has been accepted to a writing residency in the DISQUIET International Literary Program in Lisbon, Portugal, this summer, whose director Oakley met while interning with UT's MFA program this winter.

"I've always loved learning - I mean, I want to be a professor," Oakley said. "I have had such a good college experience that my professors here have really impacted how I want to change people's lives in the future. I'm very involved with student life through OSLE, and I think being a professor is the perfect meeting point between the student affairs side that I've been so involved in and the academics that I love."

Lauro said students sometimes need a nudge to take assignments a step further into the realm of inquiry, where they are raising questions and solving problems using the skills learned in the classroom. It's part of a greater university-wide effort to increase undergraduate research and inquiry.

"That's why I emphasize these independent research projects in my classroom. You want to work with the student to have them be interested in the 'thing' first of all. I had a student who wasn't interested in Hemingway at all, but she was interested in art. So I suggested she research any one of the artists he was friends with," Lauro said. "The key is letting them dictate what rings their bell; what they'll want to put the time and effort into researching."

With the internet, students are able to find a lot on their own. But when they have to take it deeper and include scholarly research, Lauro said they tend to hit a wall.

"That's where our [academic writing] classes on research methods and the work we do in upper division English classes and the research librarians, that's where they come in," Lauro said.

"There's only so much time you have in a class, you can't do all of that hand holding. But I think it's great. You take them to the brink and then they sink or swim."

For Oakley, it was as if he put on goggles and grabbed a snorkel. He swam, Lauro said, "in a stellar way." 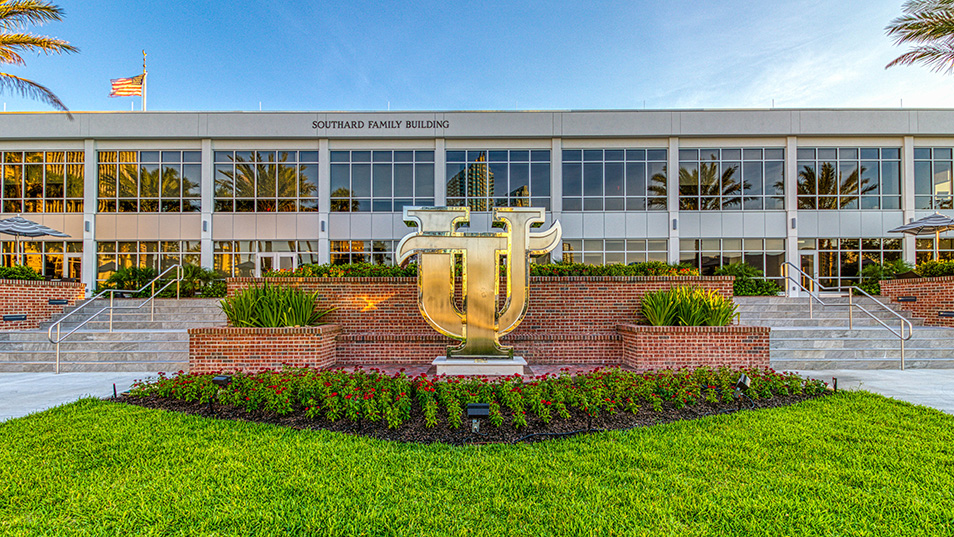