From Allied Health to Archeology to Connecting the Human Experience

For most days last summer, Rachel Wall ’20 found herself working in 2-foot deep pits or sifting through dirt to find ancient artifacts, something she’s planning to repeat during winter break. As a volunteer with the Antigua Archaeological Field School program at Indian Creek, she’d be covered in dirt by the end of the day from sifting through mound after mound to find shells, pottery and whatever other treasures awaited her. 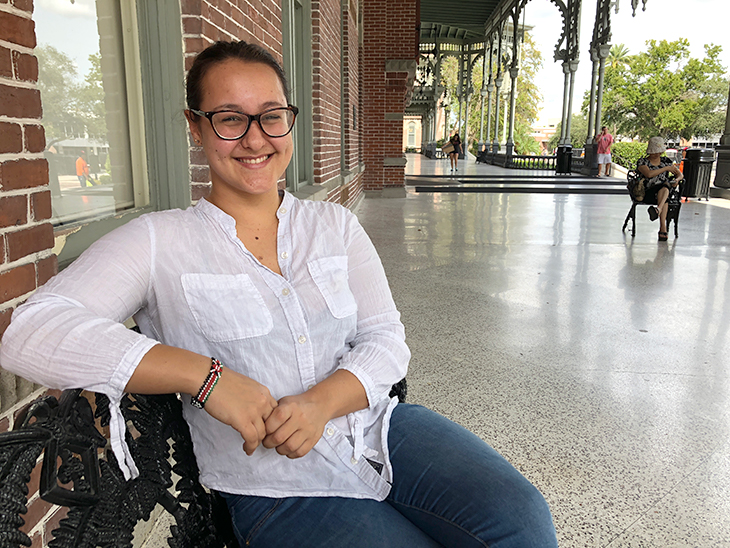 Rachel Wall ’20 is a volunteer with the Antigua Archaeological Field School program at Indian Creek. An allied health major, she uses the experience to learn from working professionals and make greater connections to the human experience.

“I did more of the hands-on stuff with the doctors in the field, setting up the site each day to make sure the level of the site was appropriate and performing the distance measurements. I did some of the sorting on site, like sorting shells into piles,” Wall said.

“I also got to rearticulate vertebrae and put some pottery back together,” she said excitedly.

The work could be like looking for a needle in a haystack, but the excitement from finding a match outweighed the tedious parts. “You can tell it’s a piece of pottery because of the texture and how it’s shaped, but a lot of the time when you get fresh water to gently rub off the dirt, suddenly all these colors appear, and you can say these all belong to the same pot and jigsaw your way through it. Except it’s a jigsaw where you don’t know the answer and there are pieces missing, but you don’t know which pieces are missing. It’s fantastic,” Wall laughed.

“But it’s hugely rewarding, because once you finally get to see two pieces go together, you’re so happy that you don’t care that someone else is going to tell you that there’s probably another 18 pieces in a thousand-yard radius.”

Wall, an allied health major with a minor in psychology, has always been interested in archeology. Growing up in Antigua near a World Heritage Site, she was used to seeing archaeological field schools and volunteering in small ways as she could. Recently, a team found a pot while they were excavating on the island, which she said they thought was a little weird since it was so near the surface. After further excavation, they realized it was actually covering a human pelvis and was likely a burial site.

“They realized there was so much more they could do with this site, so much more to explore,” said Wall, adding that a team from SUNY Farmingdale, led by field supervisor and bioarchaeologist Matthew Brown, came down to help excavate during the summer. “I was fortunate enough that they were looking for volunteers.”

The project was managed by Reg Murphy, director of the National Parks Archaeology Heritage and Research Department, Antigua, who said the focus of the work was on the excavation of human remains dating to the early Arawak people settlement of the island and continuing the excavation of test pits to determine the full size of the settlement. 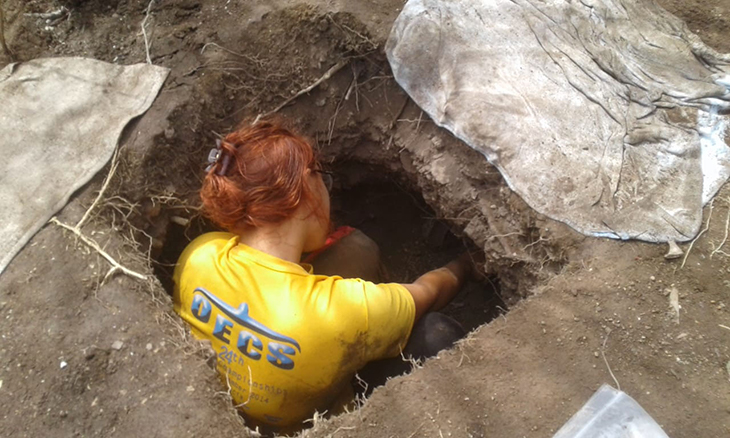 Wall’s work involved excavation, screening of materials, learning to use the field equipment, and the preliminary sorting and analysis of the materials.

“Rachael’s work involved excavation, screening of materials, learning to use the field equipment, and the preliminary sorting and analysis of the materials. She was at all times fully engaged with the research and quickly acquired the necessary skills,” said Murphy. “Her contribution was exemplary.”

As a student who wants to work in physical therapy, Wall made the connections to her profession by focusing on the human experience.

“It definitely gives you a whole new appreciation for the human form, for human beings. A person is never just who they are today. It’s an amalgamation of everything that’s happened throughout their life and the lives of their ancestors. How did they get to the place where they are today?” Wall asked. “Being a physical therapist, you get to help fix whatever may have gone wrong, whatever issues or whatever minutia there is.”

Wall became interested in physical therapy after first being a patient. She was a national swimmer in Antigua for seven years, competing in the Commonwealth Games in 2014 and World Championships in 2010. She disabled both of her rotator cuffs, tearing both tendons.

“It was pretty bad. I couldn’t lift my arms, and the physical therapist I worked with helped me get back to where I was,” said Wall, who is a BAC mentor, a student assistant for Residence Life and a certified emergency medical responder.

The therapist also invited Wall to join her on house calls since she showed an interest in the profession, and her fate was sealed. “I thought this is what I want to do. I want to help people.”

Her experience as a young athlete is driving an independent study she’s working to establish this coming summer. She wants to work with several coaches in Antigua to compile data on how the young athletes are being affected by competitive training.

“It could really be interesting, because these are athletes who deserve to have their progress tracked so that they can look back in 12 years and see this is how I got where I am and now I know how to get where I’m going.”

Her curiosity about the way things work around her, the causes and effects, drive some of her interest in archeology. She likes solving puzzles, even if it’s slow progress with tiny rewards.

Other rewards came in making connections between herself and the people who lived before her in Antigua while washing off pieces of pottery found in the dig site and seeing their colors and patterns come to light. 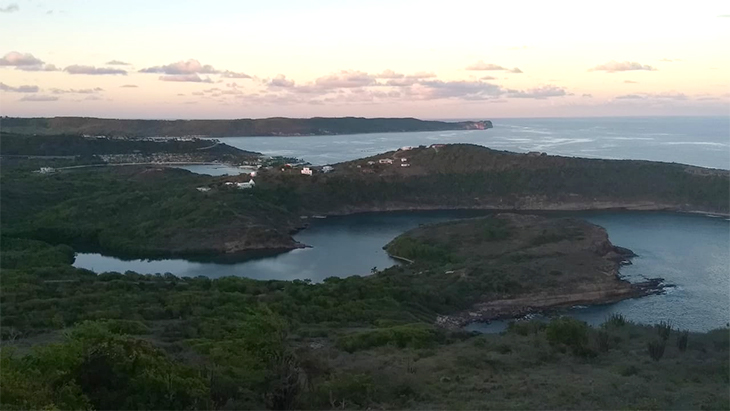 Wall has always been interested in archeology. Growing up in Antigua near a World Heritage Site, she was used to seeing archaeological field schools and volunteering in small ways as she could.

“They were decorating with stars and different colors. You think of civilization 1,300 years ago, and they’re already making displayware, and it’s lasted, not in one piece because it’s buried under a foot or two of dirt, but it’s surviving and recognizable as something,” Wall said. “It’s so cool that you can go in and see who these people were and how they lived. This is where you are, this is your home and these are the people who were here before you, and it’s absolutely fantastic.”

Wall said she’ll always be a “complete geek about archeology,” but the appreciation that people are more than the sum of their parts will make her treat her future patients differently.

“It’s not just a shoulder you’re looking at, it’s a human being attached to the shoulder,” she said. “I want to help them make the right decisions and lessen the chances of their injuries happening again.”

The experience, she said, has shaped her professionally by learning from experts in the top of their field and observing how they think and work and process.

“They have a whole new way of learning and thinking and of doing things, and it’s incredible to figure out how to rearticulate that, matriculate that into my discipline,” she said, “but I think it’s definitely relevant. It’s the human experience overall.” 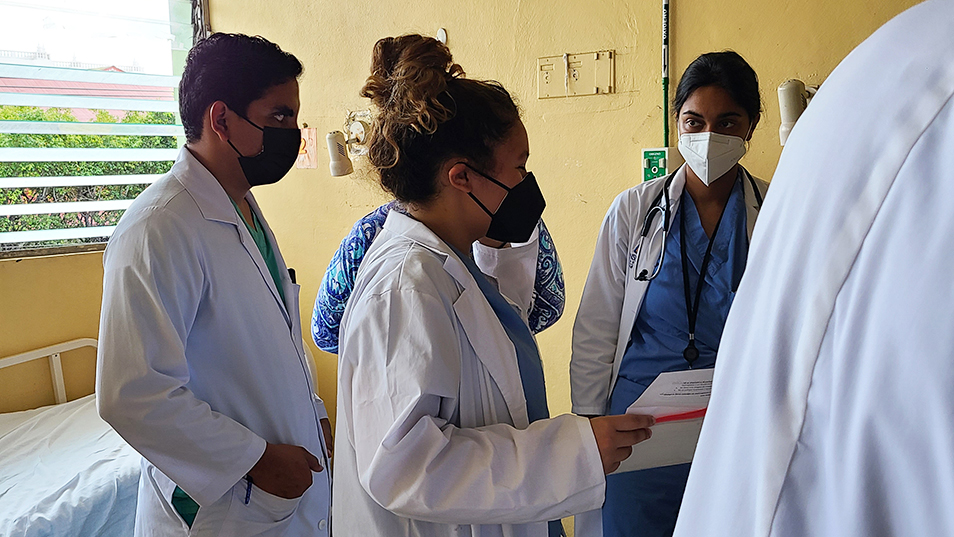 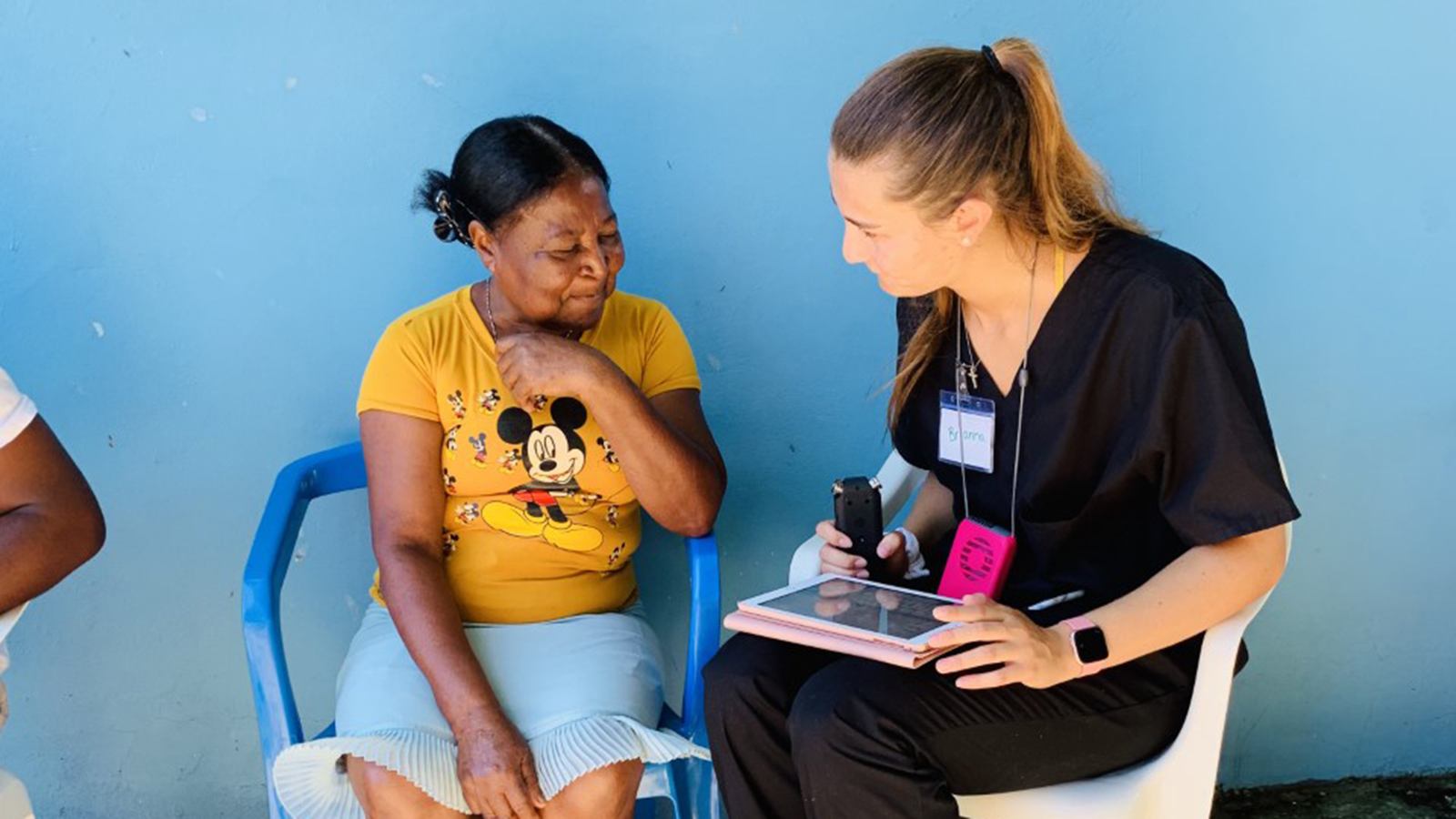 UT Life
¿Qué pasa? How a UT Research Team Is Improving Hispanic Health Care
The aim is to provide data to healthcare providers and policy makers to ultimately provide better health care and education for the Hispanic population. 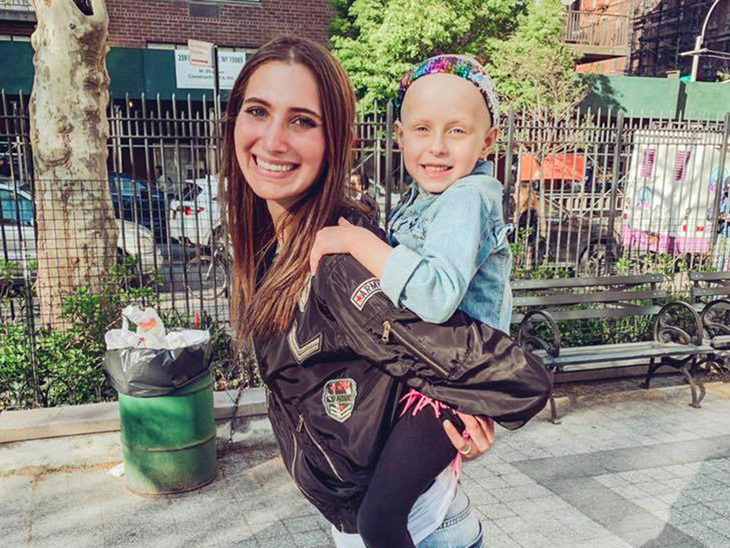