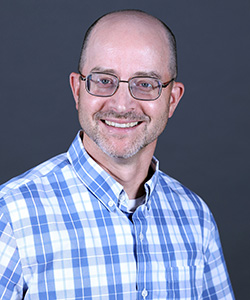 Spencer Segalla specializes in the history of European colonialism, decolonization and transnational relations in Muslim North and West Africa. He has particular interests in colonial education and in political and cultural responses to disasters.

Segalla is a historian whose work has explored relationships between Muslim North and West Africans and Europeans in the 20th century. His second book, Empire and Catastrophe: Decolonization and Environmental Disaster in North African and Mediterranean France since 1954, has been published by University of Nebraska Press. His first book, The Moroccan Soul: French Education, Colonial Ethnography, and Muslim Resistance, was published by UNP in 2009. In 2012, he published "The Micropolitics of Colonial Education in French West Africa, 1914-1919" (French Colonial History) and "The 1959 Moroccan Oil Poisoning and U.S. Cold War Disaster Diplomacy" (Journal of North African Studies). In 2016, he published a book chapter entitled "Natural Disaster, Globalization, and Decolonization: The Case of the 1960 Agadir Earthquake," in the anthology French Mediterraneans, edited by Patricia Lorcin and Todd Shepard.