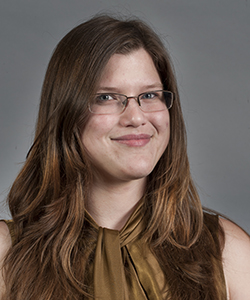 Jaime Aelavanthara specializes in alternative photographic processes with an interest in both traditional analog techniques and the newest digital strategies.

Aelavanthara's work is exhibited around the country, making solo and group exhibition appearances at venues such as the SOHO Photo Gallery in New York, The New Orleans Photo Alliance, the Ogden Museum of Southern Art in New Orleans and the Center for Fine Art Photography in Colorado.

She has been published in Don't Take Pictures magazine, Seites magazine, The Oxford American: Eyes on the South and in Teaching Photography: Tools for the Imaging Educator 2nd edition. Her photographs also serve as cover art for literary works including The Virginia State Colony for Epileptics and Feebleminded (Persea Books, NY), and Venus in Furs (Roads Publishing, Dublin). Her work is in public and private collections including the Mississippi Museum of Art in Jackson, the University of Arkansas in Little Rock and the International House Hotel in New Orleans. She is represented by SEITIES gallery in Calgary, Canada.

Aelavanthara participates in the larger artistic community as a member of the faculty at the Maine Media Workshops, and is a visiting lecturer at various schools and conferences including The Society for Photographic Education and Southeastern College Art Conference (SECAC).

Aelavanthara has been a finalist in 2014 and 2015 for the Clarence John Laughlin Award, which recognizes photographers who utilize the medium of photography for creative expression. In 2015, Aelavanthara won the Grand Prize in Maine Media Workshops' international competition Character: Portraits and Stories that Reveal the Human Condition. She received third place in PRZM/Juxtapoz Magazine's 2016 Dream Big Contest out of 1,800 artists competing in all art mediums. Her work received Best in Show and a purchase award during PhotoNOLA's 2016 Magdalena Exhibition, juried by Los Angeles curator and founder of Lenscratch, Aline Smithson. Most recently, Aelavanthara won SOHO Photo Gallery's 2017 International Portfolio competition and was awarded a solo exhibition at SOHO Photo Gallery, NY. Aelavanthara's work has received past funding through a visual arts fellowship award from the Mississippi Arts Commission.