From Palm Trees to Polar Bears

Since the closest way Isabella Lesinski ’22 thought she could get to Alaska was through a virtual internship, she decided to take it with open arms.

Lesinski, an environmental science major who is originally from Boston, MA, has been interning since August with the United States Geological Survey (USGS) Alaska Science Center in Anchorage, AK, through the Virtual Student Federal Service (VSFS) remote internship program, creating educational materials for high school students. Despite the fact that she is remote, she still gets to experience the great aspects of the Alaskan environment and wildlife through her programs and through the teaching resources that she creates. 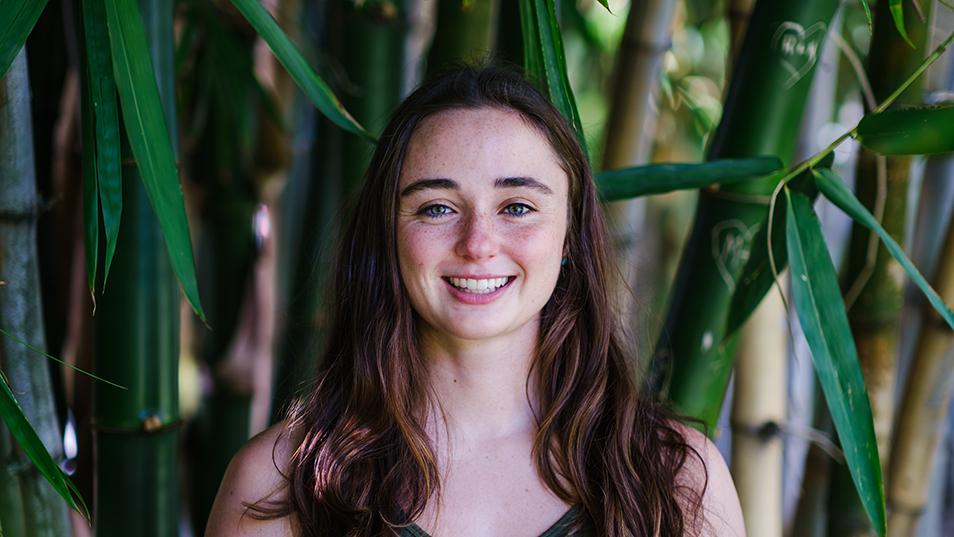 Isabella Lesinski ’22 said the classes she has taken at UT have prepared her for the extensive research she is doing as an intern with the USGS Alaska Science Center through the Virtual Student Federal Service (VSFS) remote internship program. Photo by Drew McDougall ’22

“I’ve been meeting with some wildlife biologists, which for me is really cool,” said Lesinski. “I basically take their perspective on the story they want to tell through videos or activities about their research. I am the one who takes all this information and translates it into something that can be digestible by high school students and tells a story or communicates science in an easier way.”

Lesinski’s first hurdle in starting each project was getting the information from biologists and organizing it in a way that would be more exciting to high school students than a scientific article. For example, Lesinski collaborated with a polar bear expert to create a Google Earth file that students can download to measure the density of polar bear dens in Alaska.

Sometimes, her projects reached a halt when the experts Lesinski is working with have to go into the field to continue or start more research, but that just provided an opening for Lesinski to start another project.

“This internship has really given me the opportunity to communicate with professionals in the field about science,” said Lesinski. “My niche is kind of communicating science to people in an easy way. I love seeing other people’s faces light up when they understand something or think something is really cool, too. This definitely gives me more professional experience in creating those tools, whether it be videos or classroom activities, that I can carry forward.”

John Pearce, associate center director for ecosystems research at the USGS Alaska Science Center, said Lesinski’s enthusiasm for the work she is doing is contagious to the other employees around her.

“It was very clear from Bella’s application that she had thought a lot about this in the past and was really interested and energetic about it,” said Pearce. “Many of us have been here for decades doing the same work so it’s refreshing to have outside perspectives on what we do.”

The classes Lesinski has taken at The University of Tampa prepared her for the extensive research she is doing on the job. Her presentation skills have also greatly improved the way she creates her programs to communicate the scientific information to others.

“One of the scientists that met with Bella called me later on and said, ‘I have a new excitement for my own research after talking to Bella and hearing her be so excited about what we are doing,’” recalled Pearce. “Sometimes you don’t get that feedback as much as you’d like to, so it’s been great working with students like her.”

Lesinski believes that this internship opportunity will set her up for future success. She’d love to begin a career next year in educating the public about science and the environment.

“I love talking with the scientists, whether it be wildlife biologists or ecologists,” said Lesinski. “They are the ones who are out doing the research, and they’re so passionate and love what they do out in the field. They want to share that science, just like I do. It’s awesome to be a part of that process.”

Other students can apply to work for internships through VSFS by visiting USAjobs.gov.

By Kayla Lupedee ’22, journalism major with a minor in writing