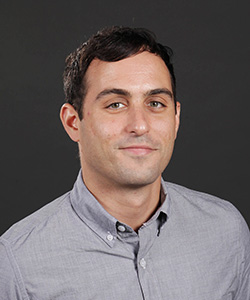 Daniel Wollenberg’s background is in medieval and early modern romance and chronicles, especially non-Chaucerian Middle English romances. His recent work studies how the Middle Ages have had a profound effect on contemporary problems such as the nation and nationalism, identity and ethnicity, and collective memory. He studies engagements with medieval imagery and rhetoric in contemporary political discourse, and he is currently examining concepts of social justice and reform in the Middle Ages.

Wollenberg has published articles in journals such as postmedieval, Studies in Medievalism and Northern Studies. In 2018, he published Medieval Imagery in Today’s Politics (Arc Humanities Press), a book that serves as an introduction to the topic of political medievalism. He is currently completing a book, Medieval Radicalism: Social Justice and Reform in the European Middle Ages, that will be published with Bloomsbury/IB Tauris.