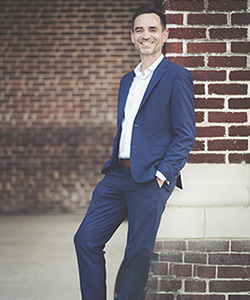 As both a journalist and an academic, David Wheeler enjoys writing about culture, politics and technology for some of the nation’s most high-profile news outlets, including CNN, The Atlantic and The New York Times.

For CNN, Wheeler has written more than 18 articles on subjects ranging from Facebook’s user policies to Silicon Valley’s hiring practices. His September 2014 article about the Scottish referendum on independence was featured on CNN’s home page. Within hours, it became the day’s most-read article on CNN.com, the most popular digital news site in the country with 84 million unique visitors per month. As a result of the article’s popularity, Wheeler was asked to give an American perspective on the Scottish referendum as a featured guest on the international radio program BBC Newsday.

For The Atlantic, David has written more than a dozen articles about everything from student free speech rights to the disappearance of funny headlines in the age of Google. In addition to performing well on the Atlantic site, these articles often garner attention from prestigious organizations and educational institutions. In 2012, he wrote “Signing Off: The Slow Death of the Signature in a PIN-Code World,” which landed him an interview segment on Q, a public radio show with millions of listeners across North America. His 2014 Atlantic article on student free speech is required reading for a seminar course at Harvard University's Berkman Center for Internet and Society. His 2015 Atlantic article on the challenges facing student newspapers was promoted on the websites and social media accounts of Editor & Publisher, PBS MediaShift, the Pew Research Center and Harvard’s Nieman Lab.

Students and other visitors to Wheeler’s office will notice a framed New York Times freelancing contract hanging proudly on the wall. For this prestigious news outlet, Wheeler has written about the narrowing knowledge gap between parents and pediatricians, as well as the phenomenon of high schoolers who "commute" to their part-time jobs.

Wheeler enjoys taking students on international trips to places like France, Germany, Austria and Italy. While he’s visiting those countries, he makes time to write for international news outlets, including The Florentine — the English-language newspaper of Florence, Italy. For The Florentine, he has written travel articles on topics such as the top 10 hostels in Florence as well as the best beaches in Tuscany.

As Wheeler’s parents can tell you, he’s always been a multi-platform journalist, having worked as a reporter for a children’s news show called Kidsmag at the local CBS affiliate when he was 12 years old. Today, he shares his contagious love for next-generation journalism through innovative classes that involve audio, video and writing projects. In addition to employing traditional classroom activities, he enjoys filming daily class discussions about media ethics and the future of journalism. Due to the large quantities of coffee consumed during the shows, the students have affectionately named the informal talk show “The Caffeine Corner.”

Visit some of Wheeler’s author pages below, and make sure to say hi on Twitter.

The Chronicle of Higher Education
http://chronicle.com/article/Not-a-Day-Care-Really-/234428