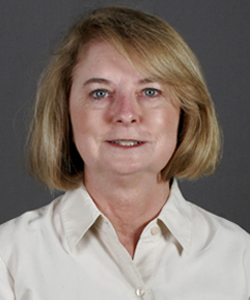 Her research focuses on the history of women in twentieth century China, especially their involvement in social movements and their adaptation and use of Western ideologies, including Christianity, internationalism, feminism and socialism. She is also interested in the cross-cultural study of women’s social movements.

She has authored chapters in two books: “I as a woman must do it: Shujing Ding and the YWCA Pathway for Women,” in Carol Lee Harmin and Stacey Bieler, eds., Salt and Light: Lives of Faith that Shaped Modern China (2008) and “Localizing the Global: The YWCA Movement in China, 1899 to 1939,” in Erika K. Kuhlman and Kimberly Jensen, eds., Women and Transnational Activism in Historical Perspective (2010). Her scholarly journal articles include “Caught in the Crossfire: Women’s Internationalism and the YWCA Child Labor Campaign in Shanghai, 1921-1925” in Frontiers: A Journal of Women’s Studies (2011) and “Engendering a Class Revolution: The Chinese YWCA Industrial Reform Work in Shanghai, 1927-1939” in Women’s History Review (2012). She is currently working on a book manuscript titled To Seek a Place in the Social Revolution: The YWCA Movement in China, 1899-1951.

She has presented papers at the American Historical Society and the Berkshire Conference on the History of Women.

Littell-Lamb has lived and traveled overseas extensively. She lived in Taiwan for nearly a decade, was living in Iran during the early months of the Islamic revolution and has spent two summers in Russia. In addition, she has traveled throughout East and Southeast Asia and Europe.

UT's College of Social Science, Math and Education presented Littell-Lamb with the 2013-2014 Richard J. Piper Outstanding Service Award. In summer 2004, she was a visiting scholar at Academia Sinica in Taiwan, and in 2000 she was a recipient of a Spencer Foundation Dissertation Writing Fellowship.