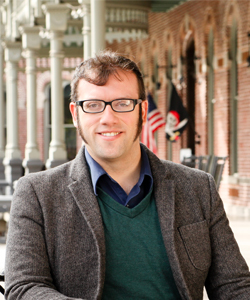 Career Specialties: Jonathan Lewallen specializes in the public policy process and agenda setting in American political institutions. His research interests also include the use of information and expertise in policymaking, and cybersecurity policy.

Professional and Community Activities: Lewallen is a member of the Congressional Capacity Scholars Working Group and serves as a faculty associate for the U.S. Policy Agendas Project.

His published research has appeared in numerous political science journals as well as edited volumes on American politics and public policy, the Washington Post’s Monkey Cage blog and the LSE American Politics and Public Policy blog.

Prior to entering academia, he worked for the Texas state legislature analyzing legislation and a D.C.-based news organization covering the U.S. Congress.

Honors and Awards: He has received several grants and awards including a grant from the Dirksen Congressional Center.