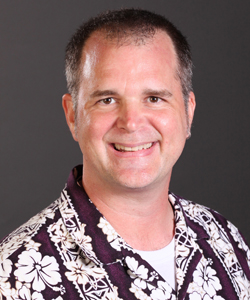 Scott Husband’s primary field of study is behavioral neuroscience with an emphasis on comparative neuroanatomy and cognition. He has studied higher-level visual processing, the role of dopamine in attention, and dopamine-hormone interactions in various species of birds.

His research goals are to contribute to the understanding of how neural circuits and neurochemistry contribute to complex perception and cognition, and to investigate brain evolution by studying the brain and the behavior of non-mammalian species.

He is a member of several scientific societies, including the Association for Psychological Science, the Society for Neuroscience, Comparative Cognition Society (Animal Cognition), and the J.B. Johnston Club (Comparative and Evolutionary Neurobiology).

He is establishing a histology laboratory in the psychology department to continue his research and involve students in learning neuroscience techniques.