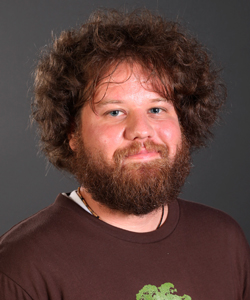 Career Specialties: Kevin Fridy specializes in West African politics and works on projects dealing with the interactions between society and political institutions.

Professional and Community Activities: Fridy came to The University of Tampa in 2007 after completing his graduate work at the University of Florida. He has published several articles in African studies and political science journals many of which can be downloaded from his website, www.fridy.com.

He has traveled extensively throughout West Africa over the course of his research. This travel has given him the opportunity to ride a camel on the edge of the Sahara, watch from the grandstands as the mighty Hearts of Oak defeated their nemesis Kumasi Asante Kotoko, learn what it feels like to ride down the highway on the top of a semi-truck cab, drink palm wine straight out of the tree and walk around the world's largest Catholic church.

One of his proudest accomplishments at UT is his yearly study abroad course to Ghana that allows him to pass along his passions for West Africa and community service to his students. Through this course, students design and implement small-scale development projects in the rural community of Nangodi.