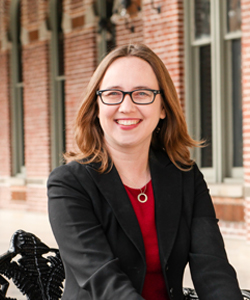 Liv Coleman specializes in East Asian and Japanese politics. Her research interests include family, gender, international organization and politics of the digital age.

Coleman has conducted research as a Foreign Research Scholar at the University of Tokyo’s Institute of Social Science, and as an Advanced Research Fellow at the Harvard Program on US-Japan Relations.

Her research has been published in International Studies Quarterly, Journal of Information Technology & Politics, and Asia & the Pacific Policy Studies, as well as in edited volumes.

She has presented her work widely around the world in Japan, Germany and Washington, DC.

Coleman was recognized as a member of the Maureen and Mike Mansfield Foundation US-Japan Network for the Future, Cohort III (2014-2016). She received a Teaching Award for Excellence from the College of Social Science, Mathematics and Education in 2011-2012. She is a member of Phi Beta Kappa.