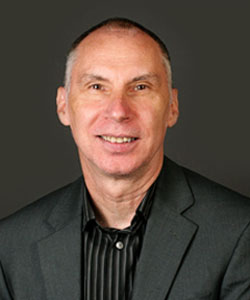 Courses Taught: Basic Grammar and Writing
Composition and Rhetoric I

Thomas Cohen's fields of specialization are film studies and literary theory. His work on the cinema has explored the theoretical and practical grounds for combining musical movement and moving images. Currently, his literary research focuses on the relation between formal experimentation and transgressive themes in twentieth-century literature.

Cohen has published articles on music in film and on documentary cinema. His recently published essay "The Business of Time" analyzes the technology for synchronizing music and moving images that existed before the advent of digital systems. His book, Playing to the Camera: Musicians and Musical Performance in Documentary Cinema, has been contracted for publication by Wallflower Press. Works-in-progress include an essay on literary experimentation and legal discourse in works by novelist Kathy Acker and an essay on collage-animator Lewis Klahr's manipulation of musical and narrative time. Cohen has actively participated in the aesthetic and social life of the communities in which he has taught, promoting relationships between academic institutions and local, independent artists.