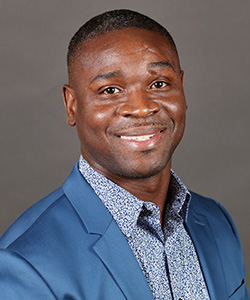 One sole author paper, “America’s Deadly Export: Evidence from Cross-Country Panel Data of Deportation and Homicide Rates,” was published in 2014 in Volume 37 of the International Review of Law and Economics (IRLE), an internationally recognized, peer reviewed journal spanning the intersection of law and economics. Despite its recent publication, this paper has already been independently cited by a paper that was published in the University of Chicago Law Review (UCLR).

One co-first-author paper, “Why do poor households not apply for welfare benefits?: Evidence from Jamaica’s PATH program,” was published in the Spring 2015 volume of The Journal of Developing Areas (JDA), a peer reviewed journal of international acclaim that specializes in issues related to economic development. Not only was this paper published in the JDA, but the Planning Institute of Jamaica has recommended that the Ministry of Labor and Social Security incorporate the findings of the paper into the structure of the PATH program.

For the Southwestern Social Science Association (SSSA), he performs duties as the executive committee member on the Budget and Finance Policies Committee representing the economics group. He is currently the president of the Southwestern Economic Association (SWEA) and was appointed to the position of program chair for the 96th Annual SSSA conference held in Las Vegas in March 2016. He has also served in the capacity as student paper coordinator for the 2015 conference in San Antonio, TX.