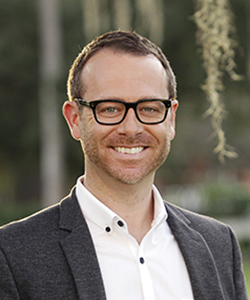 Marcus Arvan specializes in moral and political theory. He has published two books, Rightness as Fairness: A Moral and Political Theory (Palgrave MacMillan, 2016) and Neurofunctional Prudence and Morality: A Philosophical Theory (Routledge, 2020), defending a unified theory of prudence, morality and justice inspired by cognitive science. He has also published peer-reviewed journals on human rights, free will and the hypothesis that fundamental physics is best explained by the theory that the world is a computer simulation.

Arvan has coached UT’s highly successful Ethics Bowl and Bioethics Bowl debate teams, and served as education director of the UN Association of Tampa Bay. He has organized a variety of on-campus and off-campus events on human rights and justice, and owns The Philosophers’ Cocoon, a widely trafficked weblog that serves as a supportive forum for early-career philosophers.