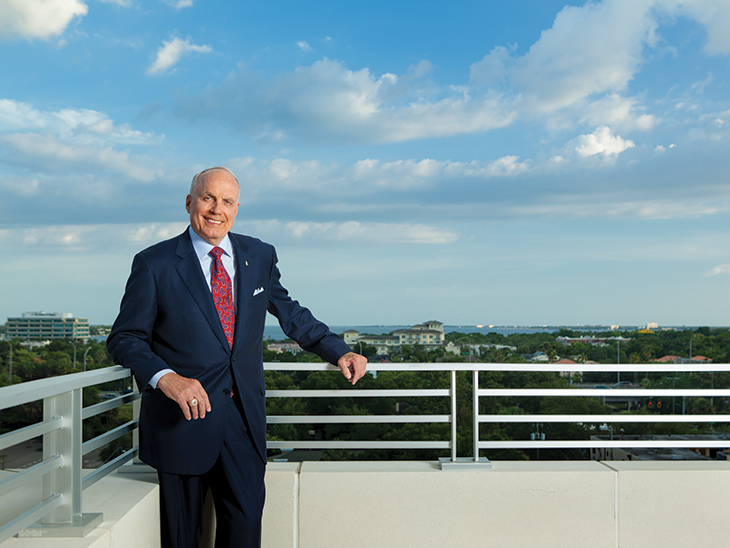 President Ronald Vaughn has been at UT’s helm for 25 years, with 23 years of record enrollment, a solid financial base, a transformed campus, a rigorous academic curriculum and a dynamic student co-curricular experience.

On Dec. 20, 1994, two days before Ronald Vaughn was named president of UT, The Tampa Tribune stated in an editorial that the next UT president needs to be “a business person, administrator, academic, politician and visionary.” One memorable line read: “Fall short in any area, and disaster may occur.”

Twenty-five years later, Vaughn is still guiding the University, ensuring that UT will not fall short. In fact, with 23 years of record enrollment, a solid financial base, a transformed campus, a rigorous academic curriculum and a dynamic student co-curricular experience, UT is rising high as a model, midsized metropolitan university.

During the academic year Vaughn was named president, 1994-1995, a few new employees were hired, despite declining budgets and faculty and staff layoffs. Three of those employees, like Vaughn, are celebrating their 25th anniversaries this year — one as a faculty member, one as a staff member and one as a coach. 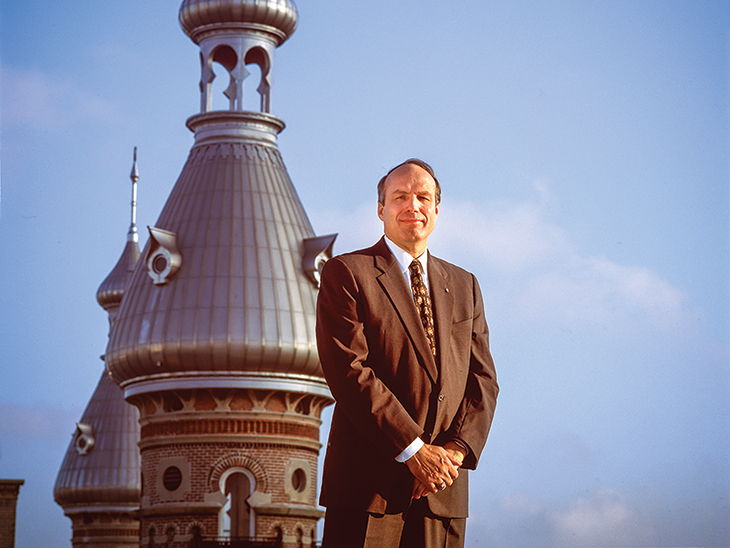 Vaughn has been a part of UT for 35 years, the last 25 as its president.

How has President Vaughn improved UT over his 25 years at the helm? 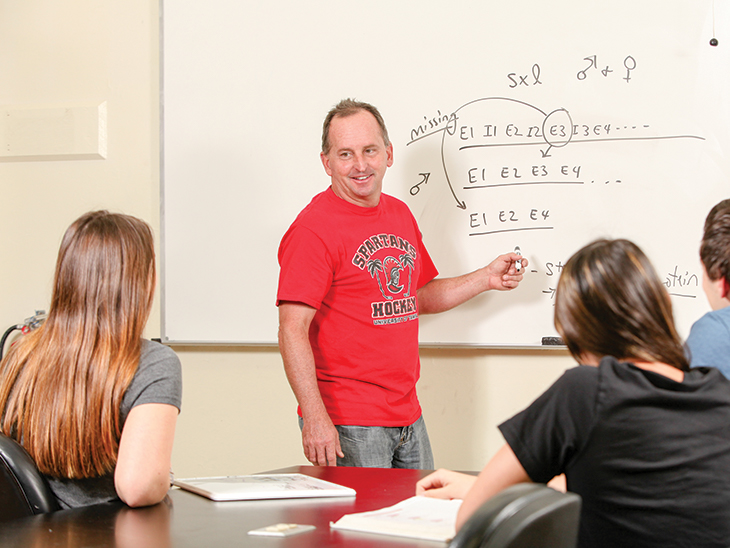 “In 1994, UT’s endowment was around $6 million. We were exclusively tuition-driven, in terms of our finances, and UT had never had a capital campaign before Ron. Add up the capital campaign dollars that he has collected and include other revenue streams outside tuition and you have a very hefty number that he and the University should be very proud of during his tenure as president. We had raises during the Great Recession, which started about 13 years after UT almost went extinct. That’s a testament to the turnaround of UT and its financial stability under Ron’s leadership.”

“Not too long after he was hired, he brought on a new VP of enrollment management, Barbara Strickler, and we saw significant jumps in enrollment each year after that. She and Ron made difficult personnel decisions, set clear recruiting targets for her staff and brought the recruitment infrastructure up to date, which was sorely needed. Ron provided the resources that she needed to make all of these changes, and that investment was key to UT’s survival.” 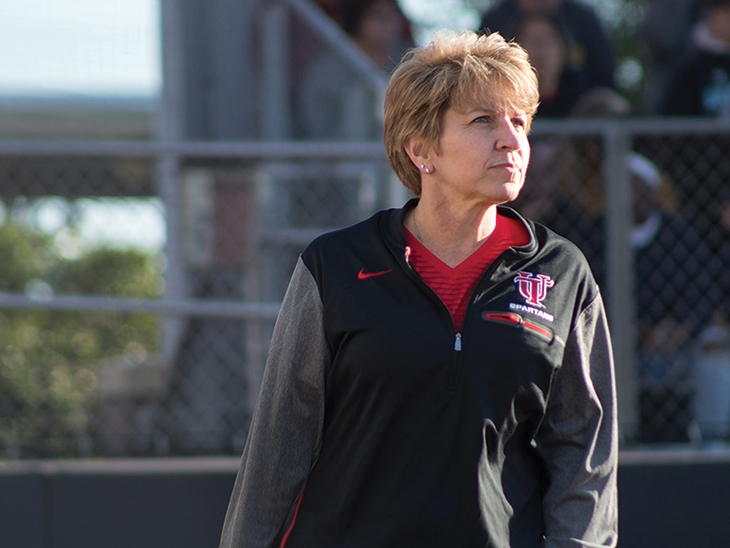 “All of the athletic facilities have been updated. In softball, we added lights, a covered hitting area, covered stands, stadium seating, expanded dugouts, a concession stand and a press box. We have one of the nicest softball facilities in the conference now. The lights are especially nice because now that we can play at night, students don’t have to miss as much school as they used to for games. It allows for more flexibility with scheduling, like if a game gets rained out. The covered stands and stadium seating encourage more fans to come and watch our team play.”

“We see a lot of interest in UT now from promising young players. The nice facilities allow us to runcamps on site in the winter and in the summer for a few days at a time. We invite kids and teens ages 8 to 18, so we can be exposed to star players early and hopefully make them interested in coming to UT in the future. Over the years, the program has grown. That’s really helped us.” 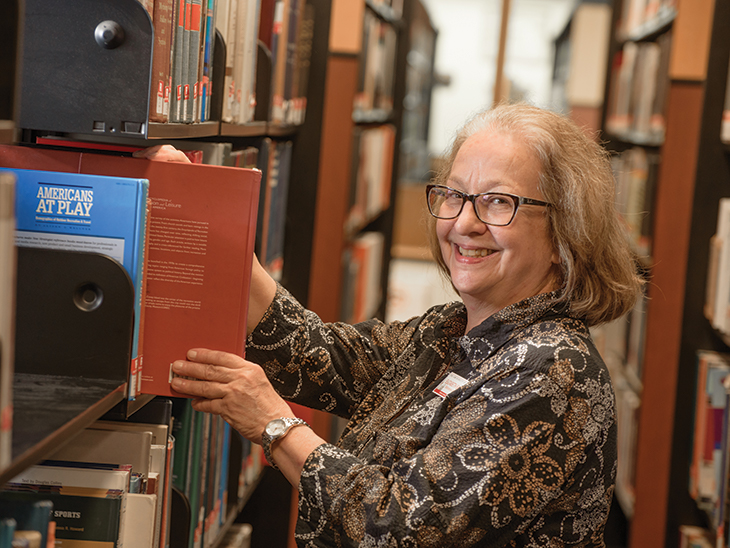 “I knew things would work out with President Vaughn when the funding became available for the renovation/expansion of McKay Auditorium, which became the Sykes College of Business. Before the renovation, the College of Business was stuck in Plant Hall. The renovation gave it a defined space and increased its size. The fact that we invested all that money — I knew we were going places. What was really cool was how they kept the front of the building looking like it always did, but when you walk in the door, it’s a totally modern space. I think they did a perfect job with it. It’s attracting a better caliber of students. I love the mix we’re getting internationally now.”

STEERED CAMPUS INTO THE DIGITAL AGE

“Over the last 25 years, the library received funding that has allowed us to enter the electronic age. We’ve evolved from paper indexes to CD-ROMs to websites. You can search for information so much faster now. With the paper index, you could search from just one subject heading at a time and then you’d have to go find the journal and look it up in microfilm. Now you can plug in numerous headings and click on the link and there it is. It’s helpful to faculty who are doing research to publish and for students who are writing papers.”