International studies majors are required to take seven core courses across the disciplines of the liberal arts and sciences including political science, history and economics. These courses are designed to introduce students to different theories and approaches to studying global issues and governance. Majors also must fulfill a cultural awareness requirement by taking one course from three potential options; demonstrate proof of competency in a foreign (second) language; and fulfill at least three credit hours in a traditional course, service-learning course, experiential-learning course, practicum or internship, that is taken abroad.

Outside of the core requirements, students have the flexibility to design their own plan of study based on course availability. The following plans are just a few examples; majors should be creative in tailoring their courses to their interests and needs in consultation with their faculty advisor.

Full list of IST major-eligible courses; some courses may carry pre-requisites within their home department. 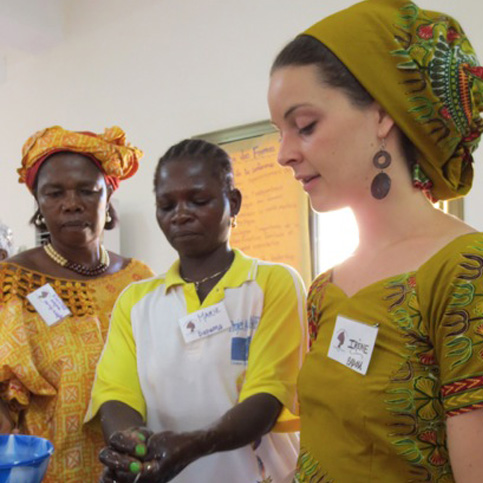 "My courses at the University of Tampa enabled me to develop language skills and cultural competency while also providing significant opportunities for overseas travel and learning."

— Erin Files Dumas ’10, completed short courses in New Zealand, Japan, Spain and Ghana, studied abroad in Argentina and interned abroad in India. She served in Honduras and Togo as a Peace Corps volunteer and is pursuing a Master in Public Health from Emory University.