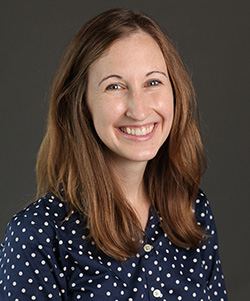 Schrag’s current book project, A Cultural History of Brexit, examines how many London-based novelists, playwrights and filmmakers formed an artistic counterpublic in response to Thatcher-era neoliberal politics. The book finds that as these artists incorporate self-identified leftist politics in their representations of British urban life, they ultimately turned away from Labour Party policies and toward an interpersonal ethics of city life in their attempts to relate aesthetics and politics.

She is a member of the Modern Language Association and the Society for Cinema and Media Studies and has presented research on cinematic representations of public revolt, the limits of empathy in contemporary literature and how mid-twentieth-century British and Irish novels reimagine contemporary political concerns.