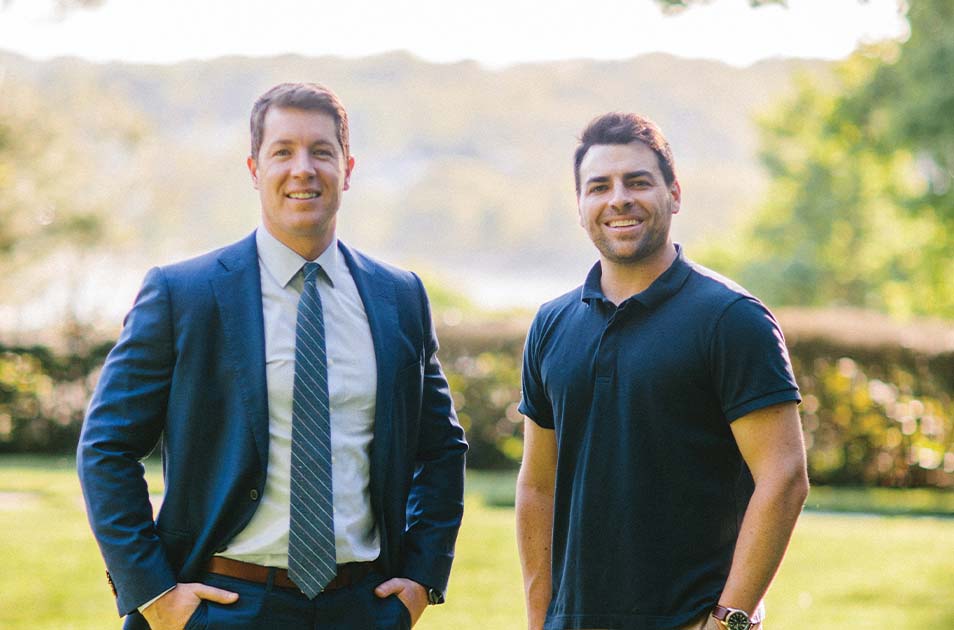 An all-too-familiar parental hassle sparked a business idea for Keith Brady ’10, founder and chief executive officer of Health Rover, a mobile health care company. His middle daughter had chronic ear infections when she was young. “Every time, either my wife or I took her to the pediatrician’s office in order to get her a prescription. It was 11 times before they finally said, ‘Let’s do ear tubes to relieve this,’” says Brady.

He found himself wondering why there wasn’t a medical service that could come to the house to do the exam. “That way, we don’t have to have our lives inconvenienced, and we don’t need to bring her around other sick kids in the waiting room,” says Brady, of Northport, NY.

The health care space is familiar territory for Brady, who has been working for Henry Schein, a Fortune 200 medical supply company, for the past 12 years. When COVID-19 hit and he saw two-hour lines for testing at urgent care centers and patients waiting up to a week for results, he knew it was time to launch Health Rover.

Brady needed help getting the company off the ground. He assembled a team that included two fellow UT alumni and friends, Brian Murphy ’09 and Zach Adams ’09. Together, they launched their first mobile COVID-testing unit in late 2020. (Murphy is currently Health Rover’s chief financial officer. Adams was involved as chief nurse officer but has now moved into full-time work as a nurse anesthetist at Stony Brook Medicine.)

“We build labs out of shipping containers. We’re able to put those on trucks and mobilize them where needed — anywhere an outlet is available,” says Brady. Health Rover, which is licensed and accepts most major health insurance plans, can also produce faster results than most traditional labs: a PCR result in under three hours and an antigen or antibody within about 30 minutes. Additionally, they contract around 95 per-diem nurses and medical assistants who perform testing.

Health Rover provided one of the first rapid, drive-through testing sites in Long Island, NY. Patients registered online in advance, so no paperwork was necessary on site, and drove in from as far away as New Jersey. Two years later, Health Rover is deployed throughout the Northeast, as well as in California, Texas and Florida — and they’ve had more than 45,000 patient encounters.

Brady’s film and media arts degree — and another company he founded, Keith Brady Media LLC — helped the business scale. “I had a lot of friends on film sets who were trying to get production going again during the pandemic,” he says. So, Health Rover came to the rescue, doing workplace testing for companies such as Netflix, HBO, Disney, Amazon and more.

COVID-19 testing is just the beginning for Health Rover, which is now rolling out additional health services such as allergy testing, IV therapy, sick visits and physicals.