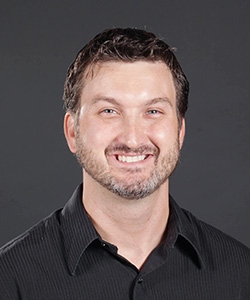 Career Specialties: Jeffrey Neely’s research interests include youth-generated media, community building and narrative analysis of literary journalism. As a working journalist, Neely wrote and served as editor for a variety of newspapers, magazines and websites, including TBO.com, the Tampa Bay Times and various community news publications in the Tampa Bay area.

Professional and Community Activities: Neely has been published in a number of academic journals, including the Journal of Mass Media Ethics, the Newspaper Research Journal, the Journal of Youth Development and Youth & Society. His work has been presented at conferences for academic associations such as the Association for Education in Journalism and Mass Communication, the International Communication Association and the Popular/American Culture Association in the South. Much of his work has examined the potential of youth-generated journalism websites to help build local communities. In both solo and co-authored work he has also researched memoir as a means of negotiating self and social identity, interactions between journalists and victims in the coverage of the Virginia Tech shootings, and the use of social media for a variety of purposes in journalism and civic engagement.