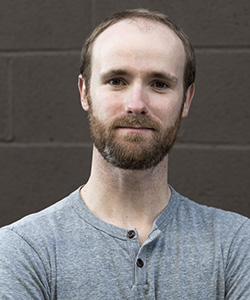 Ryan McIlvain specializes in contemporary and 20th-century Anglo-American fiction, the novel and short story, and the essay.

McIlvain has written extensively about faith and doubt, politics and zeal, in short stories, essays and a pair of novels. His work has appeared in The Paris Review, The Rumpus, Post Road, The Los Angeles Review of Books and many other places. His first novel, Elders, appeared in 2013. His second novel, The Radicals, is due out in early 2018.

Elders was longlisted for the Center for Fiction’s First Novel Prize in 2014.
McIlvain's work has also received honorable mention in The Best American Short Stories and The Best American Nonrequired Reading.
From 2011–2013, he was a Wallace Stegner Fellow in Fiction at Stanford University.