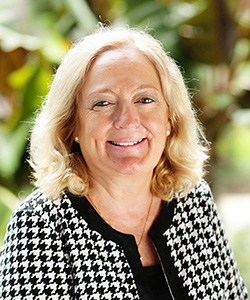 Lola Hidalgo-Calle’s specialties are in 20th and 21st century peninsular Spanish literature, Spanish poetry and Latin American literature as well as foreign language teaching and Spanish culture. She teaches all levels of Spanish language, culture and literature. She also publishes in the field of literary translation and women's literature.

Hidalgo-Calle has also published multiple scholarly articles in the field of Spanish literature and frequently gives presentations at regional and national conferences. She is an ACTFL (American Council on the Teaching of Foreign Languages) Certified Oral Proficiency Interview Tester and a member of the American Council on the Teaching of Foreign Languages (ACTFL) and several other professional organizations, including the South Atlantic Modern Language Association (SAMLA) and SCOLT (Southern Conference on Language Teaching), where she is an advisory council member. She is also a member of the editorial board of the prestigious Revista Literaria Baquiana.

Lola Hidalgo-Calle has received grants in support of her research and conference travel. She also has been awarded with the the College of Arts and Letters Outstanding Teacher of the Year Award for 2012-2013. She also received the Scholarship Grant from ICAPP Regional Program “Making Businesses Aware of their Need for Foreign Languages,” and an award from the Ministerio de Asuntos Sociales of the Spanish Embassy.