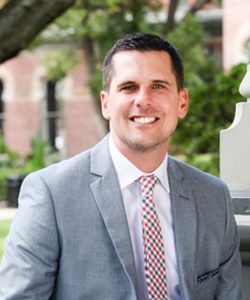 Career Specialties: David Gudelunas researches and teaches in the areas of emerging media technologies, gender, sexuality and communication, and communication industries. He is a widely published scholar and the author of "Confidential to America: Newspaper Advice Columns and Sexual Education" (Transaction) and co-editor of "RuPaul's Drag Race and the Shifting Visibility of Drag Culture" (Palgrave). Gudelunas serves on the editorial boards of Sexuality & Culture and QED and has appeared in local and national media including MSNBC, THE AP, The Christian Science Monitor, The Hollywood Reporter and Variety.

Professional and Community Activities: Prior to his appointment at The University of Tampa, Gudelunas served as a professor of communication and in various administrative roles at Fairfield University, including director of the School of Communication, Arts and Media, associate dean of the College of Arts and Sciences, communication graduate director, and director of the program in women, gender and sexuality studies. He also worked as a marketing and advertising consultant specializing in research and insights for a variety of brands and companies in New York City.