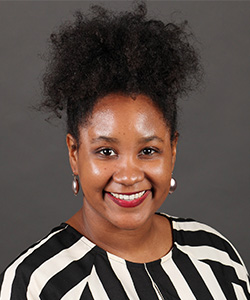 Throughout her career, Taylor Curry has maintained an interest in examining the lived experiences of women and women of color, negotiating themes of difference and celebrating the similarities that unite us all. With a background in feminist film criticism and critical theory, Curry's research specializations range from production to cinema analysis- with a keen focus on film festival methodology and distribution strategies for independent films.

Curry began her filmmaking career as a student at Spelman College, when she co-produced and directed the celebrated documentary film Rebel Dance. Her next three films were A Seat at the Table - a dark comedy about a young film executive fighting to make her voice heard; The Skies - a drama about a little girl wrestling with loss; and El Roi - an experimental/fiction film centered around visibility and identity. Curry is currently developing distribution strategies for her latest work - a television pilot - and has been tapped to direct an arc of episodic content for an upcoming web series.

Curry has accrued numerous awards over the span of her career, including induction into The Phi Beta Kappa Society. Her work has been celebrated by several festivals and foundations, including The Reel Sisters of the Diaspora Film Festival and Lecture Series, Vero Beach Film + Wine Festival, and Cannes Film Festival. She is the recipient of the Motion Picture Association of America Award, The Herman Kass Prize in Motion Picture Production and is a member of the UCLA Telluride Film Lab.