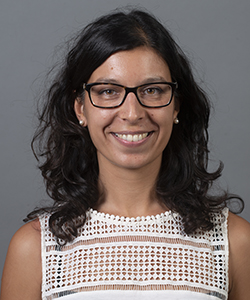 Denija Crnojevic is interested in understanding how galaxies form and evolve. In particular, she exploits large photometric surveys from ground-based and space-borne telescopes in order to discover and characterize the smallest and faintest galaxies in the universe, how they interact with their neighboring galaxies and the role of dark matter in their formation.

Crnojevic has an active research program in collaboration with several U.S. universities. She has recently been awarded a National Science Foundation grant to study the closest dwarf galaxies, uncover their assembly histories and interpret her observational findings in light of theoretical expectations.