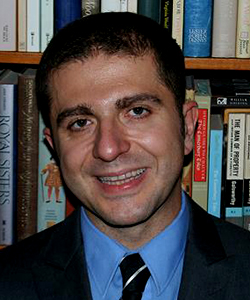 Cagdas Agirdas has developed his own course packets for each of the 10 different economics courses that he has taught. These course packets replace the need for a textbook while creating a unique, organized and engaging classroom environment. Agirdas also regularly organizes classroom debates on various economics topics featuring two debate teams.

Agirdas’ research can be classified into two fields: health economics and media economics. In his primary research area of health economics, he has empirically analyzed the effects of the Affordable Care Act on health insurance premiums, racial/ethnic disparities in preventive care and the labor market. The second area of his research agenda explores the microeconomic sources of media bias.

Agirdas has published numerous papers in academic journals of health and media economics. His lead-author paper, “The effects of competition on premiums: using United Healthcare’s 2015 entry into ACA’s marketplaces as an instrumental variable,” was published in the July 2019 issue of the Health Economics, Policy and Law. This paper explores the impact of competition on premiums in the ACA’s online marketplaces. Another lead-author paper, “Effects of the Affordable Care Act on preventive care disparities,” published in the December 2018 issue of the Applied Health Economics and Health Policy, examines the effects of the ACA’s requirement that private insurance plans must provide certain preventive care services without any cost sharing in the form of deductibles, copayments or co-insurance. His sole-author paper, “How did Medicaid expansions affect labor supply and welfare enrollment? Evidence from the early 2000s,” was published in the March 2016 issue of the Health Economics Review. In his second research area, his sole-author paper, “What Drives Media Bias? New Evidence From Recent Newspaper Closures,” published in the September 2015 issue of the Journal of Media Economics, examines the microeconomic sources of media bias. His editor-reviewed publications have appeared in the Orlando Sentinel and the Tampa Bay Economy. Agirdas presents his research papers regularly at economics conferences. He is a member of the Southern Economic Association and the American Economic Association.

The Graduate Professor of the Year Award, The University of Tampa, 2015-2016; voted by graduate students as the outstanding professor for excellence in graduate-level teaching

List of Teachers Ranked as Excellent, University of Illinois, 2004-2011; received for each teaching semester for a total of 17 semesters; awarded an outstanding distinction for 12 out of 17 semesters (top 10% of all teaching assistants campus-wide)