A thrilling piece of baseball history is now on view at the Henry Plant Museum. On April 4, 1919, on the grounds of the Tampa Bay Hotel, George Herman “Babe” Ruth hit what was reported to be the longest home run of his career. The ball from that towering homer was held in private collections for more than 100 years before being donated to the Museum by the Estate of Thomas Newman. 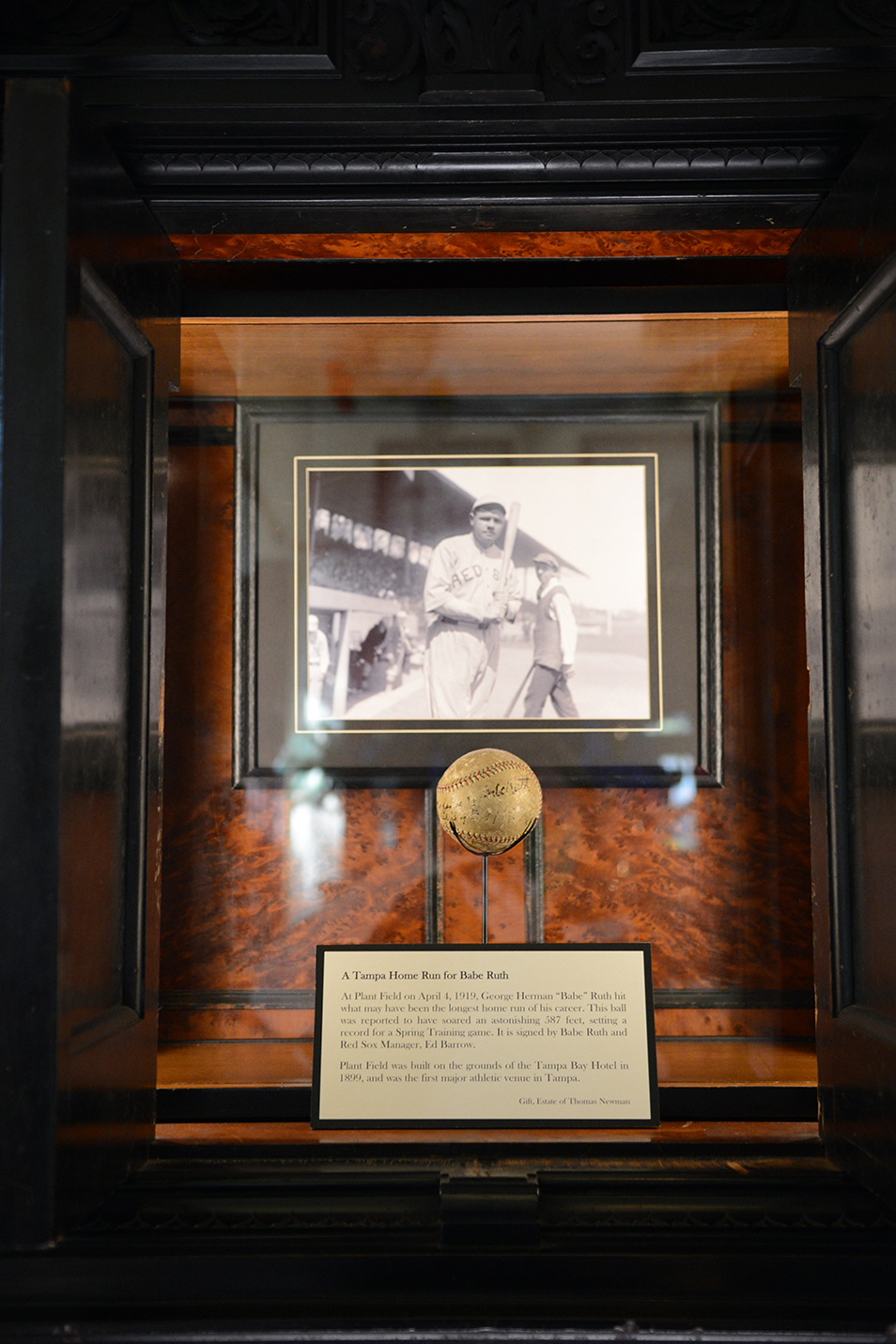 During an exhibition game between the New York Giants and the Boston Red Sox, a young Babe Ruth came up to bat. He was primarily a pitcher during his time with the Red Sox and not yet known as for batting prowess. On that particular Friday afternoon, the ball traveled more than 500 feet, sailing over the right field fence and the nearby racetrack. After the game, the ball was signed by Ruth and Red Sox manager Ed Barrow before being given to the Rev. Billy Sunday, a former major-leaguer-turned-famed-evangelist. Much of this tale is chronicled on a historical marker that was installed in 1981 by the Tampa Historical Society and the Italian American Golf Association, Inc.

Thomas Newman, a local Tampa neurologist, acquired the storied baseball in 2001 from the Billy Sunday Estate. It remained in his collection, shown only to close friends and family, for the next 20 years. After Newman’s death in early 2021, his family generously decided to honor his love of baseball and Tampa Bay by donating the ball to the Plant Museum.

The Tampa Bay Hotel hosted countless Major League Baseball players during its 40 years of operation. While some names appear in guest registers, and other players can be found in photos, this historic baseball is a unique item. The Museum is honored to be the recipient of such an important piece of baseball history, and has proudly displayed the ball in a specially designed case where it will delight visitors for years to come.