Theatre major Mykai Eastman ’20 got to meet one of his favorite living composers, Tony Award- winner Jeanine Tesori, this summer. It was one of the highlights of his nearly five-month-long internship in stage operations with The Glimmerglass Festival, an annual season of operas at the Alice Busch Opera Theater in New York. 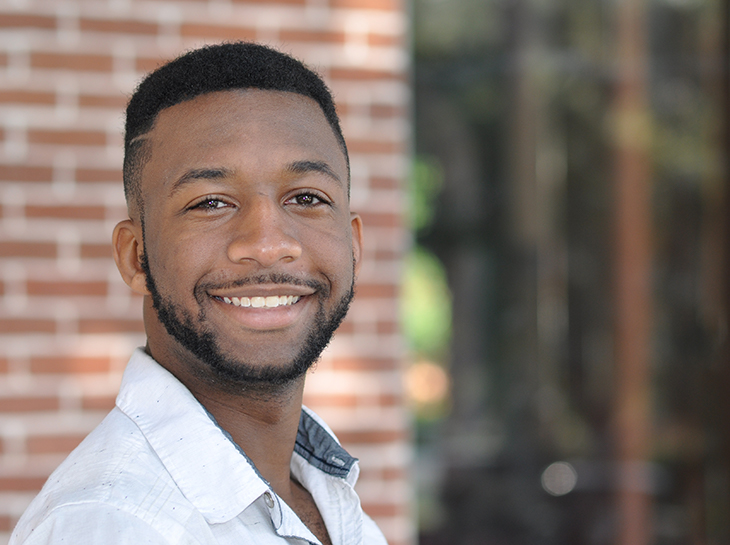 Theatre major Mykai Eastman ’20 was a stage operations intern this summer with The Glimmerglass Festival, an annual season of operas at the Alice Busch Opera Theater in New York.

One of the other highlights was getting to handle Peggy, the live chicken used for the opera La Traviata. Such was the diverse nature of his job duties.

“The typical day of a stage operations intern is a wild one!” Eastman said. Early in the summer he would assist with construction of scenery and props, hanging lighting instruments and painting set pieces. Once the season started, the days were designated as show calls and non-show calls.

“Our show calls consist of arriving an hour-and-a-half early for pre-show preparation, running the show with our assignments — I am the props assistant for the world premiere of Blue by Jeanine Tesori and Tazewell Thompson — and end the day with a complete changeover into the next show with the full crew under two hours,” Eastman said. “Our non-show calls usually involve us going to the warehouse to prep for the next season and runs to rehearsal hall for props transfers, depending on what show is in the space.”

Eastman wants to be an artistic director, focusing on politics. He is on a pre-law tract and would like to pursue law school focusing on constitutional law after he graduates.

“I do theatre for social activism,” he said. “My grandfather was an activist during the civil rights movement, and that inspired me to continue his great work as much as I can in the best way I know how to.” 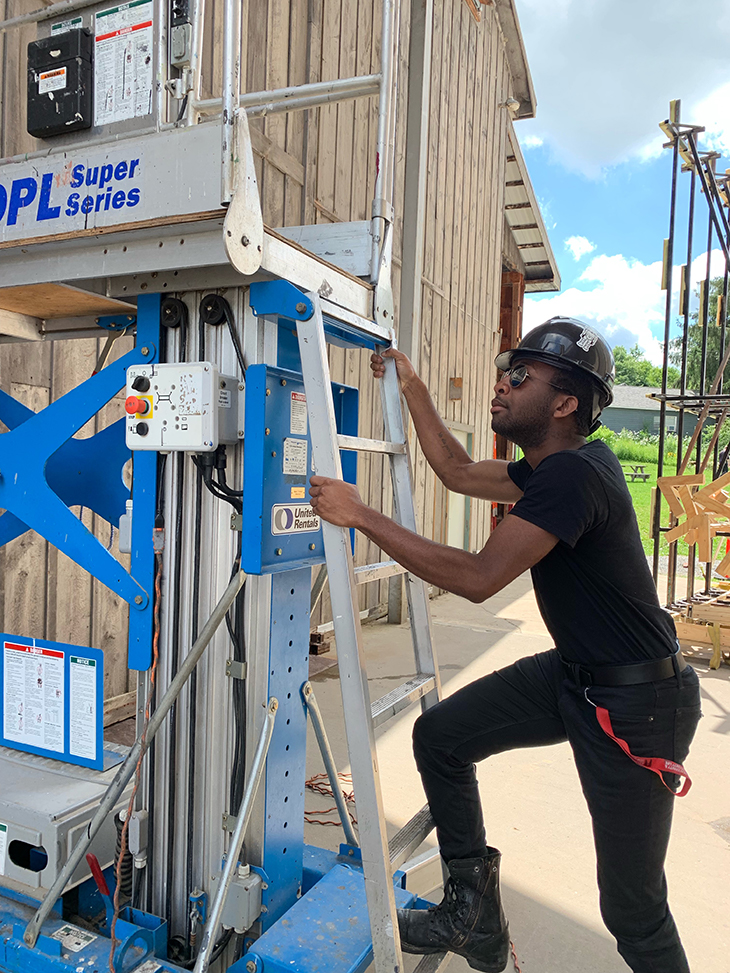 “I have learned leaps and bounds as a technician, which will enrich me as a director in the future,” Eastman said. “Though the days are long and far from easy, I get a bit stronger, mentally and especially physically, each day as long I tackle every new experience before me.”

Eastman transferred to UT in January 2018 and has been happily surprised to have been able to produce and direct at least one show each semester on his own.

“I have had a lot more freedom than I was expecting to create the kinds of shows I’ve wanted to create,” Eastman said, who directed on the main stage for the first time in Spring 2019 with Romeo and Juliet in an adaptation with four women playing all the roles. He is set to produce and direct Angles in America on Nov. 2 in Falk Theatre as a pay-as-you-can fundraiser for Broadway Cares/Equity Fights AIDS.

“I would say that among all the driven theatre and musical theatre students in the department, Mykai appears the most driven and the most versatile, having demonstrated skills in so many areas of theatre: playwrighting, acting, directing, dancing, stage managing, set building, theatre management,” said Associate Professor Robert Gonzalez. “He’s always involved in a host of productions and projects.”

Eastman’s internship, which runs through Sept. 1, is giving him stronger tools to be able to successfully run his own theatre company someday.

“I have learned leaps and bounds as a technician, which will enrich me as a director in the future,” he said. “Though the days are long and far from easy, I get a bit stronger, mentally and especially physically, each day as long I tackle every new experience before me.”

Driven UT Senior Sets Sights on a Career in Golf