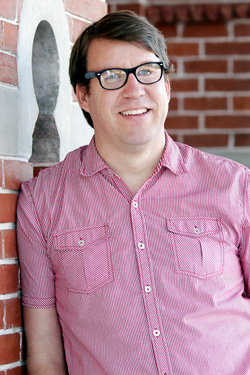 Kevin Moffett is the author of two books, Permanent Visitors, which won the John Simmons Short Fiction Award, and Further Interpretations of Real-Life Events. He is a frequent contributor to McSweeney’s and his stories and essays have appeared in Tin House, American Short Fiction, The Believer, A Public Space, The Best American Short Stories and elsewhere. He has received the National Magazine Award, the Nelson Algren Award, the Pushcart Prize and a literature fellowship from the National Endowment of the Arts. The Silent History, a collaborative multi-part narrative he wrote with Matt Derby and Eli Horowitz, was released as an app for mobile devices in 2012, and as a novel in 2014. It is currently in development at AMC.