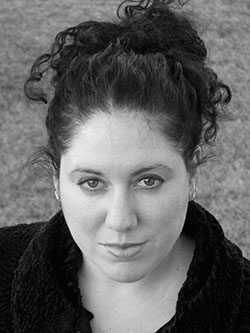 Erika Meitner is the author of Inventory at the All-Night Drugstore (Anhinga Press, 2003), Makeshift Instructions for Vigilant Girls (Anhinga Press, 2011) and Ideal Cities (HarperCollins, 2010), which was a 2009 National Poetry series winner. Her fourth book of poems, Copia, is due out from BOA Editions in 2014. Meitner’s poems have been anthologized widely, and have appeared most recently in Ploughshares, Virginia Quarterly Review, Indiana Review, The New Republic and Tin House. She has received fellowships from the Wisconsin Institute for Creative Writing, the Virginia Center for the Creative Arts, Blue Mountain Center and the Sewanee Writers’ Conference. She is currently an associate professor of English at Virginia Tech, where she teaches in the MFA program.