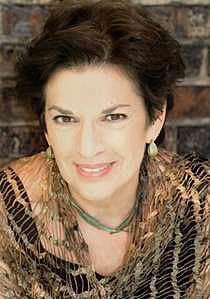 Poet and fiction writer Enid Shomer is the author of four books of poetry and two of short fiction, most recently Tourist Season (Random House), which won the 2008 Gold Medal in Fiction in the Florida Book Awards and was also chosen for Barnes & Nobles’ “Discover Great New Writers” series. Her novel, The Twelve Rooms of the Nile, will be published in the United States and the UK in 2012 by Simon and Schuster.

Her work has appeared in The New Yorker, The Atlantic, Paris Review, Best American Poetry, Best New Stories from the South and many other magazines as well as more than seventy anthologies and textbooks. The recipient of numerous grants and awards, including two fellowships in poetry from the National Endowment for the Arts, Shomer currently edits the poetry series of the University of Arkansas Press. She has taught as a visiting writer at The Ohio State University (as the Thurber House Writer-in-residence), at the University of Arkansas and Florida State University among others.