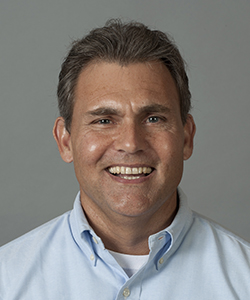 Letter’s research primarily focuses on composition pedagogy, especially the intersections between classical rhetorical theory and technology in the contemporary writing classroom.  He also has a research specialization in nineteenth-century American literature and culture, and his focus there is on the links between literary nationalism and the novel in the early United States.

In recent years, Letter has delivered numerous papers at national conferences and published peer-reviewed research articles both in composition pedagogy and American literature.  In 2010 he presented a paper at the Conference on College Composition and Communication on the classical concept of kairos and its uses in the first-year writing classroom.Also in 2010, he delivered a paper on antebellum novelists at the Society for the Study of Southern Literature conference and another on teaching in post-Katrina New Orleans at the American Comparative Literature Association conference.His latest essay in composition theory, “Reading the New Yorker: Serialized Texts and the Performative Present in the Writing Classroom” appeared in Pedagogy in Spring 2011, and his article, “New York in 1819 …” also appeared in the journal American Periodicals in 2011.  This summer, Letter wrote a chapter on “Revolutionary Novels and the Problem of Literary Nationalism” that is forthcoming in Volume 5 of the Oxford History of the Novel in English.

Letter has a strong interest in service-learning pedagogy and was involved in the design and implementation of a number of projects in New Orleans following Hurricane Katrina.He, along with colleagues and students, developed a tutoring program in New Orleans public schools, a restoration project at New Orleans City Park, and in 2010, helped with an innovative debate program for middle school students that has been nationally recognized. Additionally, his research on service-learning and its relation to writing pedagogy has appeared in the journal Reflections.