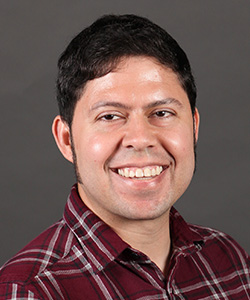 Gonçalves is a 3-D artist and indie filmmaker with more than 10 years of experience directing, animating and producing a variety of 3-D and video projects, such as TV pilots, animated shorts, advertising spots, short films, corporate videos and broadcast motion graphics. Gonçalves has worked in Brazil, Canada and the USA, and his work has been nominated and shown in international festivals around the world. Gonçalves also worked as a Maya specialist at Autodesk, being the designated specialist for premium accounts such as Disney, Pixar, ILM and Mattel. Some of his work can be seen at https://vimeo.com/marciogoncalves.