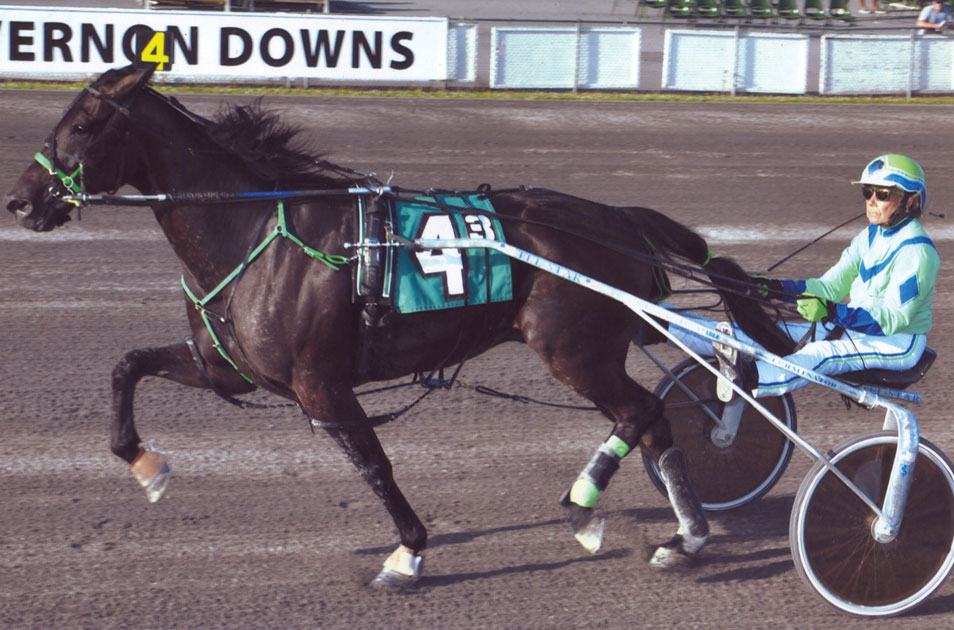 Miriam Toland ’67 doesn’t think it’s a big deal that she’s a 76-year-old professional horse racer and is one of few seniors on the circuit. She competes in a form of horse racing called harness racing, where the horse pulls the driver in a two-wheeled carriage — usually called a sulky — around a track.

Nor does she consider it unusual that last July she steered one of her racehorses for a mile against eight other people (some of whom were half her age) at Vernon Downs in Vernon, NY — and won. In fact, she’s returning to that track this summer and can't wait to compete again.

Toland, who grew up in Woodbridge, NJ, often went with her father to the nearby Monmouth Park Racetrack, which sparked her interest in horse racing.

She didn’t discover harness racing, in particular, until her late teens, when she stumbled across it at a local racetrack while waiting tables one summer at a hotel in the Catskills.

Florida’s beautiful weather drew her to UT, where she could scuba dive and swim year-round. Since she was certified in water safety instruction through the American Red Cross, while still a student, she became a part-time faculty member, teaching courses on swimming and lifesaving to fellow students at a nearby local pool (there wasn’t yet one on campus).

After graduation, Toland worked as a physical education teacher in New York City and got her first racehorse at 26. Harness racing soon became an exciting part-time job, and since retiring from teaching in 1993, it’s been her full-time job.

During her 50-year racing career, she’s graced a wide variety of tracks, including Isle Casino Racing Pompano Park in Pompano Park, FL, Ocean Downs in Ocean City, MD, and the former Foxboro Raceway in Massachusetts. She owns four horses — Fleetwood Hall and First Response, the two she races with —as well as two others that are retired.

Her secret to winning? “If you give horses love and affection, they will do even better for you,” says Toland, who dedicates every race to the memory of her late mother, someone who had supported her at every race. “If it wasn’t for my mother giving me all the things I needed, I don’t know if I would ever be what I am today,” she says.

Toland is not one to sit still. Beyond being a harness driver, she has a pilot’s license and a brown belt in judo. She has also hang-glided and jumped from planes.

“If you’re physically and mentally able to do something, no matter your age, you should be able to keep doing it,” says Toland, who lives in Coconut Creek, FL. “All of the things I love doing give me a natural high.”